The Arab coalition destroyed a Houthi ballistic missile, which the militia was planning to launch toward Saudi Arabia, a coalition spokesman said on Tuesday.

The spokesman said the coalition is taking all measures to protect the lives and properties of civilians.

He said the coalition will continue to neutralize and destroy the capabilities of the Iran-backed Houthi militia.

Attacks across the Yemen-Saudi border by the Houthi militias have escalated since late May.

In June, their missiles reached the Saudi capital Riyadh.

The coalition has since retaliated with airstrikes.

Saudi Arabia on Sunday intercepted an explosives-laden Houthi drone over the southern city of Najran.

“The terrorist Houthi militia launched it in a systematic and deliberate manner to target civilians,” coalition spokesman Col. Turki Al-Malki said in a statement.

Al-Maliki accused the Houthi militia of escalating the hostilities to target civilians inside Yemen and neighboring countries and that such atrocities would not go unpunished. 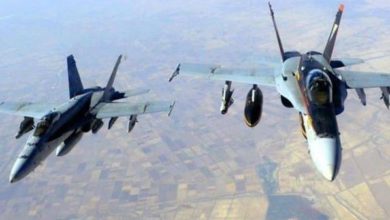