Last month Gulf Insider was invited to Munich for a sneak preview of Audi’s soon to be launched range of high-performance cars carrying the S and RS badges. Audi Sport is celebrating 25 years of their high-performance division and is launching six new models before the end of 2019. Motor manufacturers normally take years to release six cars, but Audi’s doing it over just a few months. These are the company’s high-performance models. “S” models come with quattro four-wheel drive as standard, high-performance engines, extra powerful brakes, stiffer suspension, special body styling, and carbon fibre interior trims. “RS”, which stands for RennSport – German for Racing Sport, offers even more performance. Any Audi carrying the RS badge is a genuine supercar. 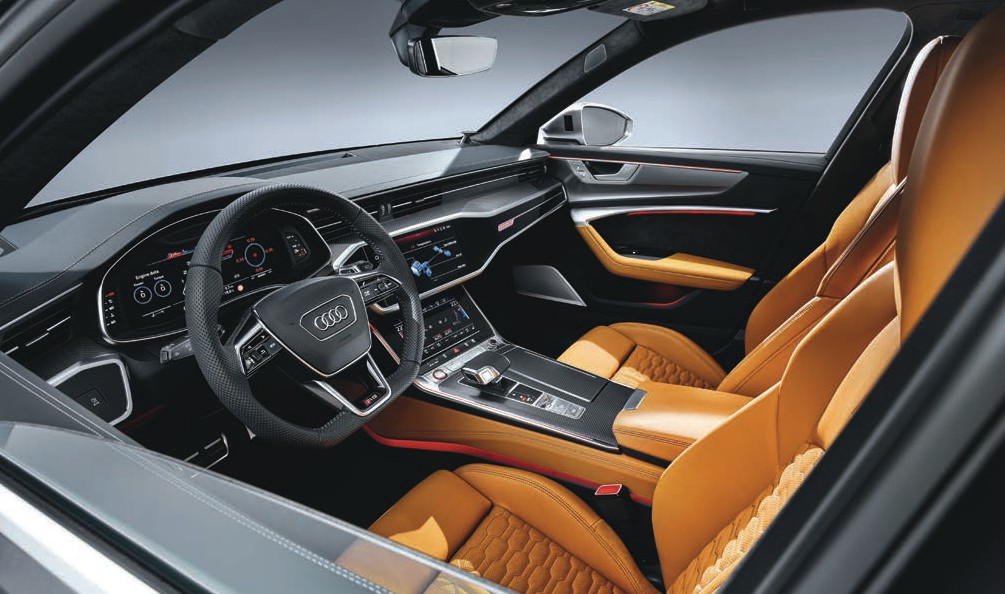 They are effectively street-legal race cars. Before being allowed to see the cars we were instructed to sign a document stating that we would not publish information or photos until we were informed their news embargo had been lifted. We were not allowed to photograph the cars and the team at Audi Sport insisted on putting stickers on the lenses of our phones just in case we forgot this! Only after this were we taken to a warehouse and shown each of the soon to be launched beauties. Well, we’ve just been informed that the news embargo on the new RS 6 has been lifted. 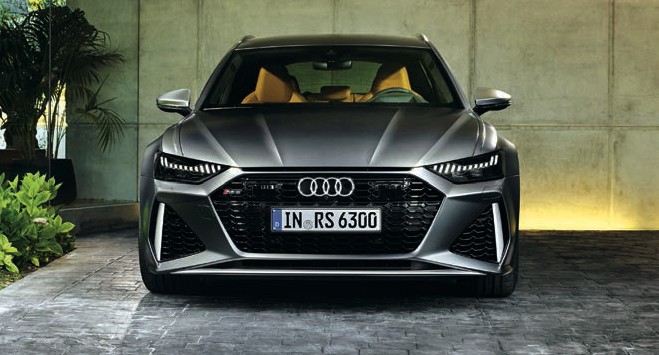 We didn’t have the opportunity to drive any of the new models, but some years back we drove the RS 6 in an earlier generation on the roads of Bahrain and it was awe-inspiring – the fastest station wagon in the world! The latest RS 6 has an outrageously powerful 600 horsepower 4.0 TFSI twin-turbo V8 bolstered by a 48V mild hybrid system. 441kW and 800Nm is chanelled via an eight-speed ‘Tiptronic’ auto transmission with torque converter and quattro all-wheel drive. Peak torque is available between 2100 and 4500rpm. Audi claims this car will go from zero to 100km/h in just 3.8 seconds. Top speed is 305km/h. 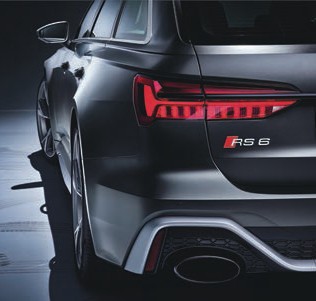 The 21-inch alloy wheels have a 10-spoke star design, with larger 22-inch wheels available as an option – and these huge wheels come with huge RS ceramic brakes. Buyers can specify their RS 6 with a matte aluminium, black, or carbon styling packages, with lots of further customisation options available. 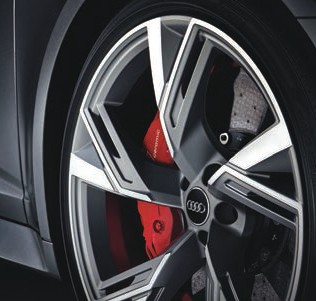 The RS 6 provides 565 liters of cargo space with the seats up, and 1,680 litres of space with the rear seats folded flat, making this car the world’s most practical street racer ever!

As soon as it arrives in Bahrain, we hope to take it for a test drive and will share with you our comments.