The High Criminal Court has sentenced 51 defendants to prison terms ranging between five years and life in jail on charges of establishing, organizing and joining a terrorist group and committing crimes within the framework of that group’s activities.

The court also ruled fines of BD 100,000 for 17 accused, ordered three accused to pay for the damages they caused estimated at BD 51,400, acquitted one accused and confiscated the seized items.

The Public Prosecution had conducted extensive investigations and intelligence work that found defendants organizing themselves within a group established by some of them to commit terrorist acts in Bahrain, based on directives received from the Iranian Revolutionary Guards’ leaders abroad who take Iran and Iraq as sanctuaries.

The defendants were assigned to form and organize armed groups consisting of internal elements to plan and carry out terrorist and sabotage operations in Bahrain.

The accused members of the group who are in Bahrain were arrested late last year by the General Department of Investigation and Criminal Evidence.

Investigations and intelligence revealed that the 52 defendants, including 27 fugitives abroad, had received financial support and funding from the Revolutionary Guards and that they were supplied with weapons, explosives, equipment and tools necessary to commit terrorist operations in the Kingdom.

It issued its verdict based on the charges and the defendants who fled. 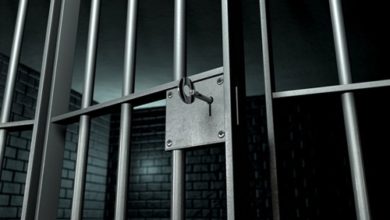