The High Criminal Appeals Court has upheld the three-year-jail sentence issued against a 65-year old man convicted of forging an application to recruit a housemaid.

The defendant is said to have falsified the information in the application, registering the maid under a different person.

However, he was caught after an officer in the Passport Department contacted the victim’s son to notify him of some missing documents.

An investigation was launched to probe the case and it concluded with the involvement of the 65-year-old in the forgery.

He reportedly hired a clearance company staff and handed all the necessary documents to apply for the visa.

The owner of the company told Prosecutors that he didn’t cross-check the papers to ensure they were correct, stating that he was too busy to do that and thought the 65-year-old was trustworthy.

The latter, however, contradicted this statement, saying that he was asked to fingerprint the papers by the owner and he was paid for it, although he admitted he knew they were for forgery purposes.

“I am jobless since 2001. I was working in the Ministry of Health but I lost my job. My financial situation was bad and many companies had been using my fingerprint to falsify documents and I was paid for it,” the elderly man explained. 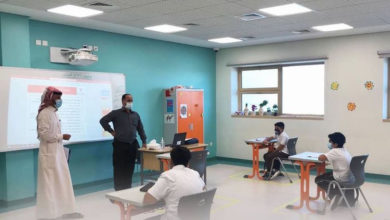