Industry, Commerce and Tourism Ministry closed down seven shops that were illegally operating from inside houses in Hamad Town(Block 1214).

The owners were referred to the Public Prosecution as they operated without a Commercial Registration (CR) and other official permits and authorisations, as confirmed by the ministry in a press statement. The ministry also announced that two more illegal shops were detected in a different area in Hamad Town by the Inspection and Commercial Guidance teams, in cooperation the Northern Governorate Police Directorate. Both shops were warned about their violations and that they will be referred to the Public Prosecution in case their situations weren’t rectified.

“Most of the activities of the illegal shops are related to selling foodstuff, beverages, stationary items and offering laundry services and other school-related services,” the ministry clarified in its statement. 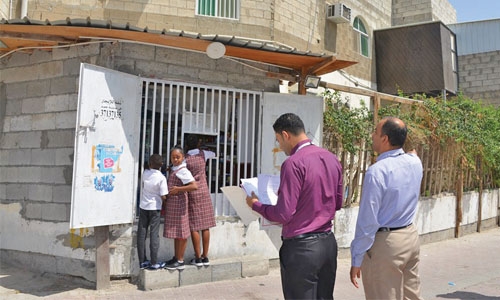 Interestingly, the ministry was initially tipped-off by a concerned citizen through the National Suggestion and Complaint system “Tawasul”. Special teams conducted an unannounced visit to the locations, detected and closed the violating shops before taking the other required procedures.

The ministry valued citizens’ cooperation and communication with the ministry to control such violations that disrupt economic and commercial activities in the Kingdom.

Safety tips for motorists in the Middle East – Continental