Residents of Hidd were horrified to receive un-subsidized electricity and water bills a few days ago as they became fresh customers to the Electricity and Water Authority (EWA) with the Works, Municipalities Affairs and Urban Planning Ministry changing their addresses.

New addresses made them ineligible for subsidies and thus the higher bills. Many residents who were receiving bills around BD40 got bills somewhere in the neighbourhood of BD300 by the end of May. The residents say address change was not informed to them by the ministry.

However, the change that came effective through the ministry hasn’t updated many government bodies including the EWA and the Central Informatics Organisation (CIO).

Yousif Al Thawadi, area’s representative at Muharraq Municipal Council, said, “The problem emerged when one of the residents randomly discovered that the entire block 109 in Hidd was changed to block 113.

He discovered this when he was renewing his identity card at the CIO, a few days after the block was changed without prior announcement.” He said the complaints increased when EWA bills were issued to the citizens after cancelling their subsidies.

Mr Al Thawadi also shed light on the other side of the dilemma. He alleged that all of the official mails of the citizens are now being delivered to unknown locations and that they can’t benefit from any municipal services.

The matter has been urgently referred to Muharraq Municipal Council, which will officially follow up on it with the concerned authorities.

Bahrainis’ are eligible to receive heavily discounted utility bills on their primary residence. Such discounts are being withdrawn from Expats who currently pay substantially more for their electricity and water, and from next year will face utility bills approximately nine times higher than Bahrainis.

Saudi: Man commits suicide in Makkah on his birthday 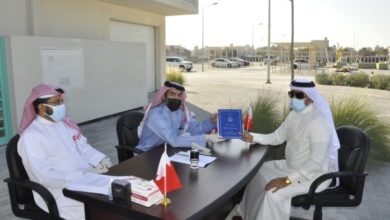