The Bahrain Grand Prix was halted on lap one after Haas’s Romain Grosjean suffered a dramatic crash. The Frenchman escaped with what are thought to be minor injuries after his car struck a barrier and caught fire.

The race had only just got underway when Grosjean, who started from 19th on the grid, moved across the track and touched with Daniil Kvyat’s AlphaTauri before spearing off the track and into the barrier just after Turn 3.

The car, heavy with fuel, was badly damaged and immediately burst into flames as the marshals appeared on the scene, along with the Medical Car that follows the pack on Lap 1 of every race.

Just moments later Grosjean leapt from the burning wreckage as the marshals and safety officials began putting the fire out.

The race was immediately red flagged and the other drivers filed around the track and back into the pit lane.

Haas then released a update confirming that Grosjean had suffered burns and was being checked by medical staff. A short statement from the team said: “Romain has some minor burns on his hands and ankles but otherwise he is ok. He is with the doctors just now.”

The team later added that the Frenchman was being taken to hopsital with a suspected broken rib(s).

The FIA announced an initial 45 minute delay to restarting the race, with barrier repairs likely to take some time. 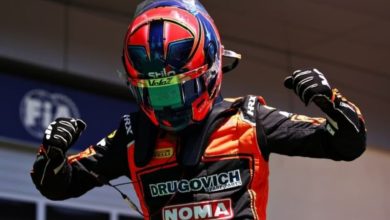 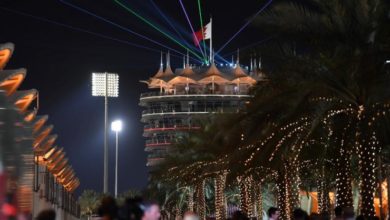 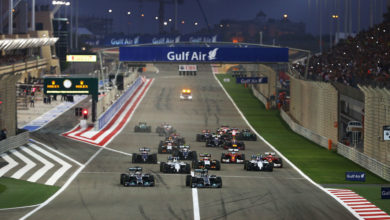 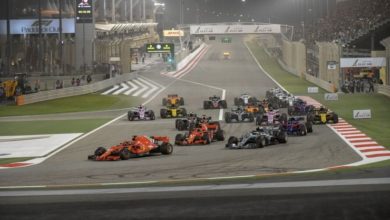