The expansion project on King Hamad Street has reached its final stages, the Ministry of Works, Municipalities Affairs and Urban Planning has confirmed.

The project was awarded by the Tender Board to the consortium of KCC Engineering and Contracting and Nass Contracting, at a cost of BD9,200,297.

Work is currently underway on asphalting and paving the street, which requires closing the paths in stages, most of which will be done during weekends, due to the lack of traffic movement.

The Ministry is coordinating with the General Traffic Department to enable proper management of traffic in the area The project also includes the construction of a rainwater drainage network, including an open canal along the western side of King Hamad Street.

A new asphalt surface is also being applied on the road and on sidewalks, aside from lighting poles, traffic lights and signs being installed in the area.

Concrete barriers are also being set up on both sides of the road for the safety of motorists.

The Ministry apologises for any inconvenience during the implementation of the project, and calls upon the citizens and residents to take caution and follow traffic signs for their safety.

Bahrain: Closure of two lanes on Highway 35 near Zinj

Bahrain: Closure of two lanes on Highway 35 near Zinj

Saudi Arabia to allot 5% of parking spaces for electric cars 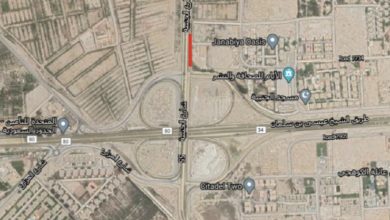 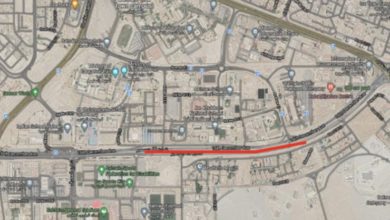 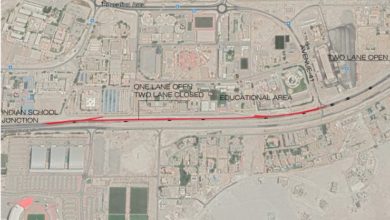