Bahrain has the most liberalized and competitive IT sector in the region, a KPMG report on ‘The Cost of Doing Business in the GCC’ in the ICT sector revealed.

It also leads on most indicators for the cost of doing business in the GCC region – a market worth $1.5 trillion. Crucially, the report revealed that Bahrain has lower costs than any other GCC country for cross-border Internet connectivity, a critical metric for an ICT hub. The report also found the average cost of living to be significantly lower in Bahrain than the GCC average.

• The average annual cost of operations for cross-border internet connectivity in Bahrain is $126,000, compared to the average for GCC which is $233,400

• Commercial rental costs for office space in Bahrain are lower, compared to other GCC countries – $43,800 for Bahrain, compared to an average of $86,480 for the GCC 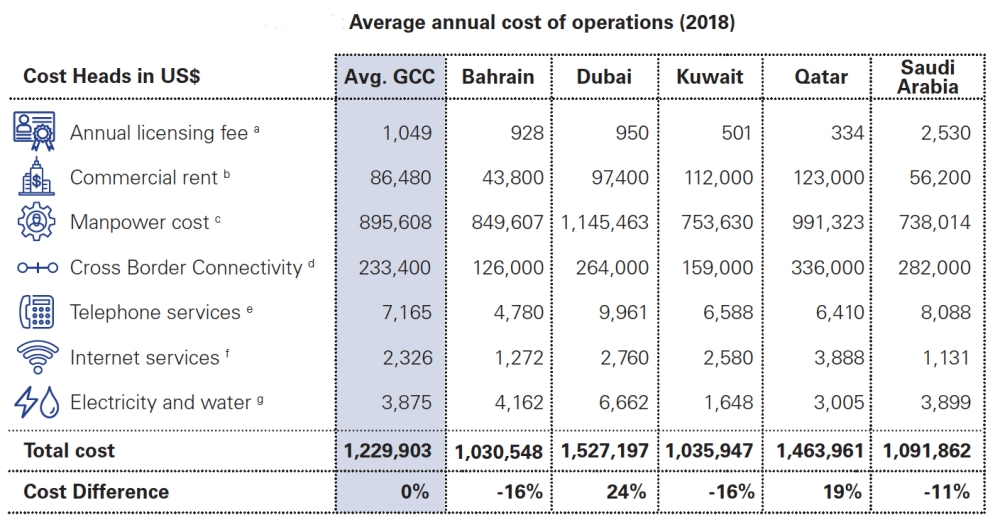 These statistics further substantiate Bahrain’s ambition to address the needs of overseas investors and enterprises looking to take advantage of advanced digital business infrastructures, free from stringent regulation. Recent policy reforms have been introduced to enable start-ups to test, innovate and scale quickly, establishing Bahrain as a fast-growing, highly-connected business hub with accessibility at its core.

In addition to analyzing the cost of business and living, the report from KPMG commented on the incentives for the IT sector in GCC jurisdictions, revealing that the EDB has recently won the United Nations’ Investment Promotion Award for its partnership with Amazon Web Services’ (AWS).

Additionally, the government has recently launched a “Cloud Computing scheme” that will provide 100% financing support of the cost for any Bahrain-registered business subscribing to a hyper-scale data center for 18 months. This offer forms part of a wider initiative to position Bahrain as regional ICT hub, an effort unique to a region which has historically relied upon oil prices to generate wealth.