A Bahraini court has issued a six-month jail sentence against a man on charges of illegally running a coffee business in his house in violation of the country’s measures against the spread of the novel coronavirus.

The Minor Criminal Court has also ordered the convict to pay 3,000 Bahraini dinars in a fine, the official added.

Last month, the man was arrested for converting the courtyard of his house into a coffee shop and catering to customers, illegally serving them the shisha and drinks. He violated anti-virus precautions that limit the number of persons sitting at the same table to six and oblige availability of sterilisers, authorities said at the time.

Thirteen customers and a foreign attendant were also arrested for illegally gathering inside the makeshift café without wearing mandatory face masks.

The court has ordered the attendant to pay a fine of BD1,000 and his deportation, Al Watan newspaper reported, quoting a prosecution official.

The customers have also been ordered to pay a fine of BD1,000 each. 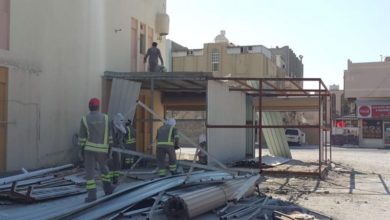