Bahrain has long relied on the largess of its wealthy neighbors to support it despite being the first Arab nation in the Gulf to strike oil. That aid, however, has waned in recent years with a precipitous drop in global oil prices, and the kingdom instead began seeking more and more loans from the international market. 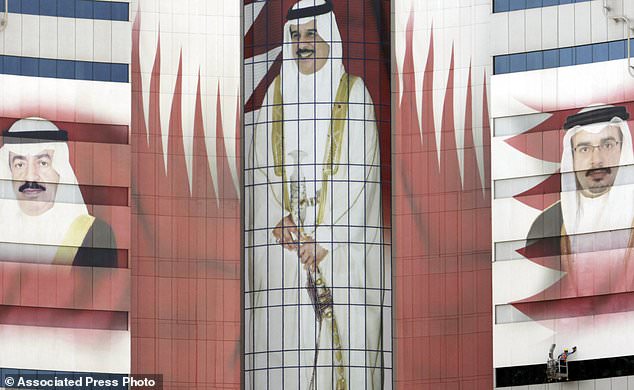 The statement offered no details, other than expressing Sheikh Ahmed’s “gratitude.” Bahrain previously received $10 billion in aid pledges during its 2011 Arab Spring protests from members of the Gulf Cooperation Council, a six-nation bloc of Gulf Arab states. Other aid has flowed into Bahrain from Saudi Arabia.

Wednesday’s statement appeared to be aimed at calming international markets.

While Bahrain pegs its dinar against the U.S. dollar, it has taken a beating in trading. The cost of insuring Bahrain’s debt against default for five years has risen to the highest levels since records began in 2008.

Bahrain’s Central Bank has pledged to maintain its dollar peg.

“Bahrain will need circa $10 billion over the next two years for debt servicing and repayment alone,” Timothy Fox, Emirates NBD’s chief economist and head of research, wrote early Wednesday. “Pressure has been building for a few months now causing policymakers to finally react.”

Gulf countries to vaccinate those vulnerable to COVID-19 infections