Bahrain will open a new passenger terminal as part of an ambitious expansion to its airport on January 28.

The date was declared Sunday by Crown Prince and Prime Minister Salman Bin Hamad as he toured the Bahrain International Airport to review developments in the airport expansion project and readiness of the new terminal before its opening, Bahrain’s news agency BNA reported.

Bahrain’s new airport was originally due to open last March, but the inauguration was delayed due to the global coronavirus pandemic.

He said that the airport expansion project enhances Bahrain standing as a regional hub linking several destinations around the world.

The project, one of the hugest in Bahrain, features a passenger terminal, which is four times larger than the existing facility.

The new terminal can accommodate up to 14 million passengers annually.

Advertisement
READ  Bahrain celebrates 25 years of internet in the Kingdom 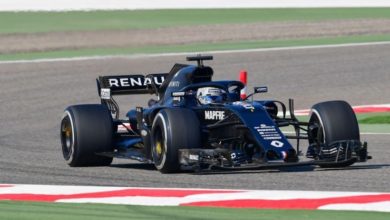