Construction work on a 1.7km canal is set to start as part of the $1.6 billion Dilmunia Project, a mixed-use development built on a man-made island, off the coast of Muharraq in Bahrain.

Ithmaar Development Company (IDC), the development manager for Dilmunia, has announced the completion of the foundations and soil preparatory works for the Dilmunia Grand Canal and Marina, marking a significant milestone for the project.

The contract for the Grand Canal works will be awarded by June.

In December, Abu Dhabi-based NSCC International was awarded the foundations and soil preparatory works package for $4.5 million and their completion will enable Ithmaar to now proceed with the final step of the construction of the Grand Canal.

The Dilmunia Grand Canal and Marina is a major element of the development and will feature public promenades, geysers, water fountains, water walls, water cascades, boardwalks and viewing decks.

With a total length of 1.7 km, and a width spanning 15-35 metres, it will have sea water pumped in around the mid-point of the canal with the water flowing via gravity in two opposing directions.

The canal will run through the entire stretch of Dilmunia in a semi-circular route, making it Bahrain’s largest man-made water body.

Mohammed Khalil Alsayed, CEO of IDC, said: “We are pleased to have reached another milestone in the continuing progress of Dilmunia and we are happy that the works proceeded smoothly on schedule.”

Alsayed added that with properties in Dilmunia now being allowed for purchase by foreign nationals and the increasing number of inhabitants in the island, its attractiveness has gained further traction.

Dilmunia offers a range of residential and commercial amenities, including The Treasure by Bin Faqeeh Development Company, The Essence of Dilmunia by Ahmed Al Qaed Group, and Seavilla by IDC.

Projects also underway include CanalView” by Naseej, The Hanging Gardens by Ahmed Al Qaed Group, Al Tijaria Resort Project by The Commercial Real Estate Development Co and the Mall of Dilmunia, set for completion before the end of 2019. 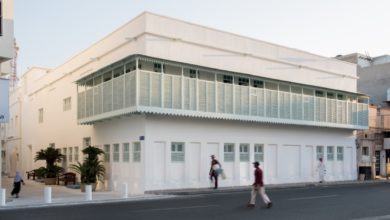