Bahrain celebrated 49th National Day last week and in line with the celebrations, Gulf Insider provides an overview of the Kingdom’s history and its growth.

Bahrain has a total population of 1,501,611 people, with 823,610 being non-nationals. Although the majority of the Bahraini population is Middle Eastern, a sizeable percentage of the population is from South East Asia. In 2008, about 290,000 Indians lived in Bahrain. This makes them the single largest non-national group in the country.

Bahrain is the fourth most densely populated sovereign state in the world, with a population density of about 1,646 people per km2. The northern parts of the island are more densely populated than the southern parts. A lot of the Bahraini population is concentrated in the Northern Governorate of the country. The Northern Governorate has witnessed such large-scale urbanization that it is usually referred to by some as a single metropolitan area.

Bahrain is a constitutional monarchy headed by King Hamad bin Isa al-Khalifa. The king has a broad range of executive powers. He heads the military, appoints the prime minister, appoints the upper house of the National Assembly, dissolves the lower house, and chairs the judicial council.

Upon King Hamad bin Isa al-Khalifa becoming Emir in 1999, he introduced several democratic reforms, including establishing an elected council of representatives, giving women the right to vote and run for office, as well as releasing and pardoning exiled and political prisoners. This was carried out under the National Action Charter, which was widely accepted by a referendum, with 98.4% in favor, on February 14–15, 2001. As part of the implementation of the charter, the country became the Kingdom of Bahrain.

This political liberalization of Bahrain allowed it to sign a free-trade agreement with the United States in 2004.

The legislature of Bahrain is bicameral, with a Shura Council and a Council of Representatives. The Shura Council has 40 members who are appointed by the king every four years.

The Council of Representatives also has 40 members who are elected for fouryear terms.

Laws passed by the Council of Representatives have to be approved by the Shura Council. The king then has to give his assent. If he doesn’t, the law can only be passed by a two-thirds majority of both houses.

Bahrain plays a moderating role in regional politics and is one of the founding members of the Gulf Cooperation Council (GCC).

In 2006, Bahrain was elected to head the UN’s General Assembly. As an appreciation of this honor, the country appointed Haya bint Rashid al-Khalifa as the president of the assembly. She is the first Middle Eastern woman and the third woman to hold the position.

During the Arabian Gulf War of 1990 to 1991, Bahrain was a member of the coalition that acted to free Kuwait. The coalition’s air force operated from the Shaikh Isa Air Base, while its fleets operated from Manama. During this period, the capital was hit by Scud missiles fired from Iraq. At the break of hostilities, Bahraini students in Iraq and Kuwait went missing. It is suspected that they were victims of Saddam Hussein’s secret police.

After the successful liberation of Kuwait, the United States of America and Bahrain strengthened their ties by signing a ten-year agreement in October 1991. In 1995, the United States established the US Fifth Fleet in the Arabian Gulf and had its headquarters in Manama.

Bahrain took an active part in the coalition that fought to remove the Taliban and al-Qaeda fighters from Afghanistan in 2001. Due to this, then US president George Bush recognized Bahrain as a major non-NATO ally. Bahrain’s relationship with Iran is quite tense. This is due to Iran’s role in the attempted 1981 coup by Shiite fundamentalists. There are also Bahraini suspicions of an Iranian role in unrest on the island in the 1990s. Also, occasional claims of sovereignty over Bahrain by Iranian officials exist. The US also accused Iran of sponsoring the 2011 protests in Bahrain.

Bahrain has had a long-standing dispute with Qatar over the Hawar Islands. Fortunately, this was resolved in a compromise decision by the International Court of Justice in 2001. Relations between Bahrain and Qatar had improved until 2017, when Bahrain, Saudi Arabia, and the Emirates took a stand against Qatar, accusing it of taking part in the unrest in Bahrain and supporting unrest in the region.

The country has bilateral relationships with more than 190 countries all over the world. It has 25 embassies to the Arab League, three consulates to the United Nations, and four permanent missions to the European Union. It also has 36 embassies from different countries.

Bahrain has a majority Muslim population, which means that Islam is the official religion of Bahrain. There are no official figures for the proportion of Shias and Sunnas in Bahrain. According to the 2010 census, about 866,888 people are Muslim. Islam reflects heavily on the local culture, though Bahrainis are known for their tolerance toward other religions.

The official language of Bahrain is Arabic. Th ere is a Bahraini dialect of Arabic that differs significantly from standard Arabic. However, English is widely spoken by most citizens and expats.

Oil is a significant revenue earner for Bahrain. Despite this, the country is seriously diversifying away from the oil sector. It invests a lot in its financial sector and tourism to create an alternative for oil.

The financial sector has been able to grow at a rapid pace due to the stable demand for oil during periods under review.

Oil is Bahrain’s top export, accounting for 11% of its GDP, including 60% of export receipts and about 70% of government revenues. The second top export for Bahrain is aluminum, while finance and construction materials follow closely behind.

About 2.9% of the land in Bahrain is arable, and agriculture accounts for just 0.5% of its GDP. As a result, Bahrain depends heavily on imports for its food.

Most of its meat comes from Australia, while it imports about 75% of its fruits.

Following the oil price drop in 2016, the kingdom faced some difficulties.

This was felt through rapid inflation, the newly introduced VAT tax, and the pulling of support from many statesubsidized goods and services.

The 2030 Economic Vision, launched by King Hamad Bin Isa al- Khalifa in October 2008, embodied a comprehensive vision for the Kingdom of Bahrain that was aimed at creating a transparent approach to developing its economy while focusing on the main objective of improving the living standards of all Bahraini citizens.

Represented by the Bahrain Tourism and Exhibitions Authority, Bahrain has always stressed the im- portance of shifting the tourism sector to be one of the main contributors to the economy.

Bahrain implemented measures to increase the sector’s contribution to GDP to reach 7% by 2018 in an aim to implement the government’s vision toward strengthening the economy in non-oil sectors and to highlight the Kingdom of Bahrain as a regional and global tourism hub.

Women in the economy

The Economic Development Board expects an annual 5% increase in the contribution of women to the Bahraini economy, to 45.6% in 2020.

According to statistics from the Information and Government Authority, the number of Bahraini women joining both the private and public sectors reached 35.7% of the total workforce in 2015.

The education and health sectors continued to be favored by Bahraini women. However, the number of women working in financial services, commerce, and construction increased significantly. The relative growth in the number of working women is attributed to the rise in academic qualifications as the percentage of women earning academic certifications reached 60% of all graduates.

Education in Bahrain is compulsory, and all school-age children attend either public or private schools. Children with disabilities attend specialized institutions. The Ministry of Education in Bahrain provides free education for all Bahraini and non- Bahraini students in public schools.

Additionally, the ministry provides free textbooks in every subject for all students in public schools at the beginning of each academic year.

Education in public schools is segregated: there are separate schools for boys and girls, with teaching and administrative staff of the same gender.

However, in some instances, boys’ public primary schools exist where the teaching and administrative staff are mixed. A choice of coeducation or segregation is available in private schools, while state universities are all coeducational.

In addition to British intermediate schools, the island is served by the Bahrain School, a United States Department of Defense school that provides a K–12 curriculum, including the International Baccalaureate.

Private schools also exist that offer either the IB Diploma Programme or UK A levels. In 2007, St Christopher’s School became the first school in Bahrain to offer a choice of IB or A levels for students. Numerous international educational institutions and schools have established links to Bahrain.

The University of Bahrain has been established for standard undergraduate and graduate study, and the College of Health Sciences, operating under the direction of the Ministry of Health, trains nurses, pharmacists, and paramedics. Both the Arabian Gulf University and Bahrain Medical University certify physicians.

The National Action Charter, passed in 2001, paved the way for the formation of private universities, and over 13 currently operate in Bahrain. Asian institutes have also been established to provide quality education to Asian students. These include the Pakistan Urdu School and the Indian School, which provide for the needs of children whose families hail from the Indian.

The Bahrain Culture and Antiquities Authority (BACA) was established in 2015, with a mandate that includes overseeing the culture sector. The authority is headed by Shaikha Mai al-Khalifa, who played a major role in transforming the cultural scene. The authority took over the old houses to restore and transform them into modern museums carrying the names of those who originally built them. Also, the authority launched the Spring of Culture festival, attracting families and art lovers from around the region, with names such as Fairouz and Andrea Bocelli attending.

Football is the most popular sport in the country. The national team has participated in the Arab Nations Cup, Asian Cup, and the FIFA World Cup Qualifiers. However, it has never been able to qualify for the World Cup. But, the national team won the GCC Cup for the first time in December 2019. The country also has a Formula One racetrack and has hosted the Bahrain Grand Prix for the past 16 years.

Bahrain: Patriotism Kicks in Early Thanks to Gulf Cup Win

Bahrain: Patriotism Kicks in Early Thanks to Gulf Cup Win 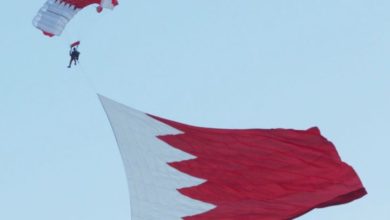