Egypt’s second richest man has revealed that he has put half of his $5.7billion fortune into gold because ‘people turn to gold during crises’.

Billionaire Naguib Sawiris predicts that the state of the world will see investors abandon the ‘overvalued’ global stock market, which will crash.

Sawiris, a well-known business figure in North Africa and the Middle East, listed ‘the Middle East and Mr Trump’ as the reasons for an impending stock market crash. 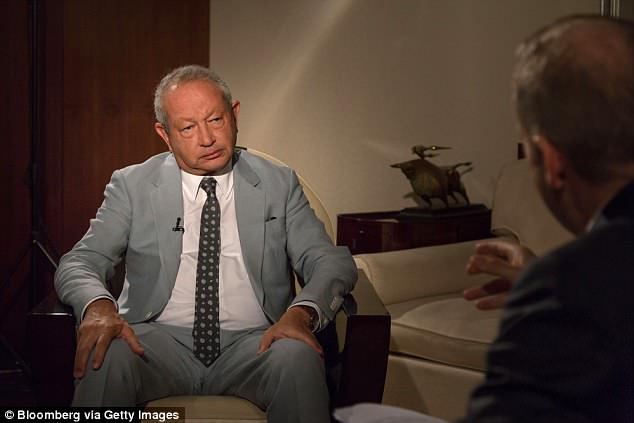 ‘People also tend to go to gold during crises and we are full of crises right now,’ he told Bloomberg.

‘Look at the Middle East and the rest of the world and Mr. Trump doesn’t help.’

However, Sawiris told Bloomberg, there is one way in which the U.S. President has been of personal benefit to him – in potentially achieving a North Korean peace deal.

He said a peace deal could see him reap some benefits from his investment in North Korea, and offered some advice to Trump on how to deal with dictator Kim Jong-Un during the upcoming talks.

‘I know these North Korean people. They are very proud, they will not yield under threat and bullying.

‘You just smile and talk and sit down and they will come through.’