Even though the site said the attacks are ‘gaining intensity and taking various forms’, they say their service has ‘not been compromised’.

It comes after the news network was accused of interfering in other countries’ affairs through its reports and was banned by many Gulf nations.

He said: ‘All this talk about Jazeera interfering in other countries’ affairs is nonsense. We don’t interfere in anybody’s business, we just report.’

The state-funded network is at the centre of the dispute in which Saudi Arabia, the United Arab Emirates, Egypt and Bahrain cut diplomatic ties and transport links on Monday with Qatar, which supplies natural gas to world markets.

Diplomatic tensions emerged after Qatar was accused of financing Islamic terrorism, which the country denies.

Qatar says the moves to isolate it are endangering stability in the Gulf region. 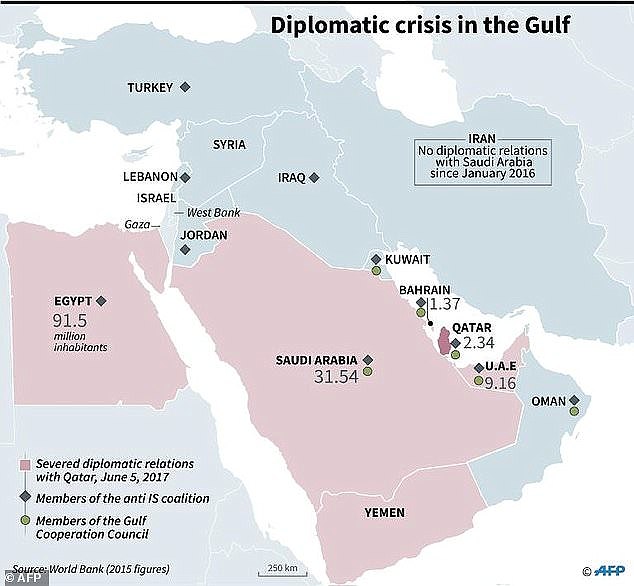 Earlier on Thursday Qatar called its tanks into action and warned its neighbours that it will open fire on any ships that come into its waters.

The country’s military has been put on its highest alert level after an economic and diplomatic blockade was placed on it by other Gulf State nations over its alleged support for terrorists.

The Qatari government has written to leaders in Saudi Arabia, Bahrain and the UAE warning it will respond to any naval threat.