Saudi Arabia said the move was necessary to protect the kingdom from what it described as terrorism and extremism. The kingdom also pulled all Qatari troops from the ongoing war in Yemen. 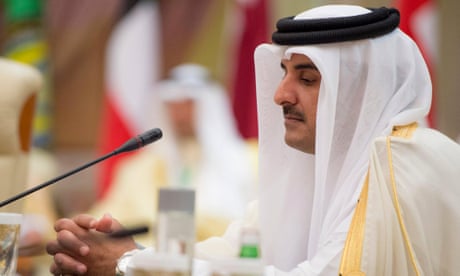 The official state news agency, citing an official source, said Saudi Arabia had decided to sever diplomatic and consular relations with Qatar “proceeding from the exercise of its sovereign right guaranteed by international law and the protection of national security from the dangers of terrorism and extremism”.

Saudi Arabia cut all land air and sea contacts with Qatar “and urges all brotherly countries and companies to do the same.”

The decision comes after Qatar alleged in late May that hackers took over the site of its state-run news agency and published what it called fake comments from its ruling emir about Iran and Israel. Its Gulf Arab neighbors responded with anger, blocking Qatari-based media, including the Doha-based satellite news network Al-Jazeera.

Bahrain’s foreign affairs ministry issued a statement early today saying it would withdraw its diplomatic mission from the Qatari capital of Doha within 48 hours and that all Qatari diplomats should leave Bahrain within the same period.

Read : Why it happened, and what it will cost GCC

The ministry’s statement said Qatari citizens needed to leave Bahrain within two weeks and that air and sea traffic between the two countries would be halted. It wasn’t immediately clear how that would affect Qatar Airways, one of the region’s major long-haul carriers.

Bahrain blamed Qatar’s “media incitement, support for armed terrorist activities and funding linked to Iranian groups to carry out sabotage and spreading chaos in Bahrain” for its decision.

Egypt announced the closure of its airspace and seaports for all Qatari transportation to protect its national security.

Reuters and Associated Press contributed to this report