A British woman handed a three-month jail sentence for assaulting a Swedish man in Dubai avoided prison by getting a new passport and illegally flying home.

Asa Hutchinson managed to escape house-arrest despite being put on a ‘no-fly’ list by authorities in the Gulf state.

The 22-year-old risked everything to return to the UK in June, three months ahead of Monday’s court hearing in which she was convicted in absentia over the 2016 brawl.

Ms Hutchinson obtained a new British passport and calmly boarded a plane to London, hoping that border guards would not notice the court order banning her from leaving the UAE. 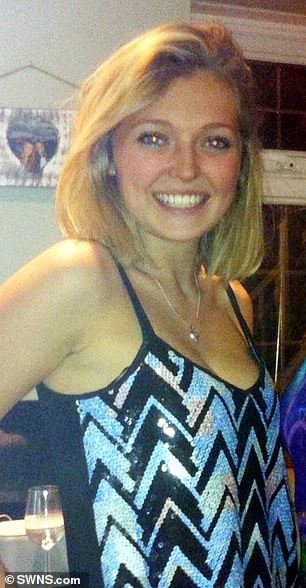 She would have faced further charges if she was caught.

Ms Hutchinson now faces immediate arrest if she steps foot in the UAE and extradition if she lands in any of the neighbouring Gulf countries.

‘Asa left via the airport [in Dubai] and was fortunate not to have alerted the system [over the ‘no-fly’ court order],’ a source close to Ms Hutchinson told MailOnline.

‘She was able to do this because she had replaced her passport. This is not usually possible.

Ms Hutchinson, who claimed she was only a witness to the fight and the Swedish man threw the first punches, was charged with assault and theft after the incident on April 29, 2016.

She was convicted alongside another man, 26, but the other three members of the group were never charged because they fled Dubai.

After the fight, Dubai police questioned Ms Hutchinson’s boyfriend Ben Hall and others in the group after getting their names from the hotel reservations list.

The men managed to get their passports back by paying cash deposits, before flying home to the UK.

The Swedish man then made the decision to transfer the charges to Ms Hutchinson after learning she lives in the UAE.

Dubai law dictates that whoever makes the first complaint is the party most likely to be believed, so it may be irrelevant that the Swedish man threw punches.

Taking pictures of someone without their consent and being rude to another person are both classed as Illegal in Dubai and are punishable by jail time.

It has become an increasingly common occurrence for foreigners to be convicted in absentia in the UAE, particularly when the evidence against them is weak or non-existent; as they are denied the opportunity to defend themselves, Detained in Dubai claims.

As Ms Hutchinson awaited trial, her father Iain pleaded for complainant Bjorn Roden to ‘show some compassion’ to his daughter and drop the charges against her.

He said: ‘Asa is a young girl in a foreign country, being subjected to a legal system not at all like what we are accustomed to. 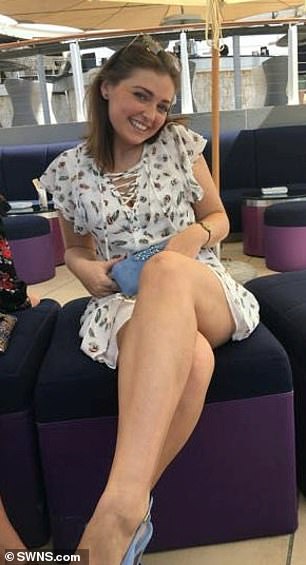 ‘We understand how perturbed the complainant in this case, Mr Bjorn Roden, must have felt when the incident occurred, but Asa is innocent, and we ask him to show some compassion for our daughter and drop his complaint before she winds up in jail for something she didn’t do’.

Ms Hutchinson earlier lost her job after the incident and authorities seized her passport.

It was previously reported Ms Hutchinson was forced to sign confession papers written only in Arabic or be jailed immediately, her lawyers claimed.

Her representatives said she was put under ‘extreme pressure’ to sign lengthy legal papers written only in Arabic when she was arrested last April.

In a statement previously released, Ms Hutchinson said: ‘I was told to sign the papers, or I would be going straight to prison.

‘By this stage I was terrified. I had no choice but to sign those papers. I was so scared of prison.’

‘A conspicuously high number of cases in the UAE are concluded as a result of suspects’ ‘confessions’ often in lieu of any other type of evidence collected through investigation.

‘Suspects are put under extreme pressure to sign ‘confessions’ in Arabic.

‘We have even seen cases where suspects were forced to sign blank documents upon which the police later wrote their ‘confessions’.

‘These invalid confessions carry decisive weight in trials, despite the coercion used to obtain them.

‘Westerners need to bear in mind that the legal system in the UAE has a long way to go before it is as modern as the skyline’.