Footage has emerged showing the moment a gigantic crane came crashing down at one of the world’s busiest ports, narrowly missing an office block below.

The machine – believed to weigh around 1,850 tonnes – collapsed after it was hit by a container ship at Jebel Ali dockyard in Dubai.

An investigation has been launched after ten people were left injured following the incident on Thursday. 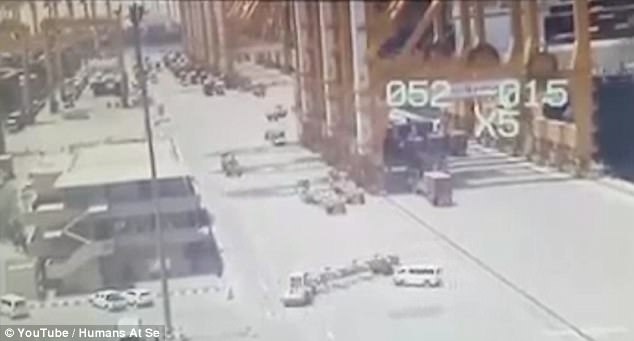 Before: The CCTV footage shows a normal working day, moments before the collapse at the Jebel Ali dockyard on Thursday 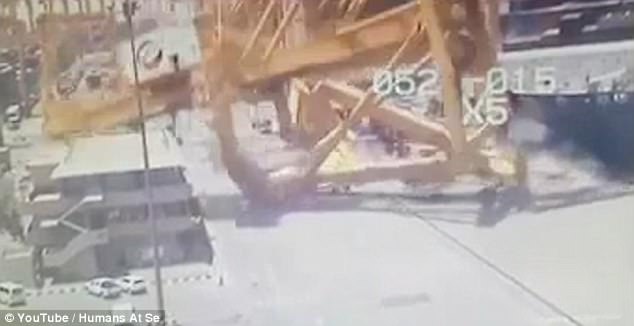 Crash: Pictured above, the container ship hit the crane from its side, causing the machine to buckle and fall 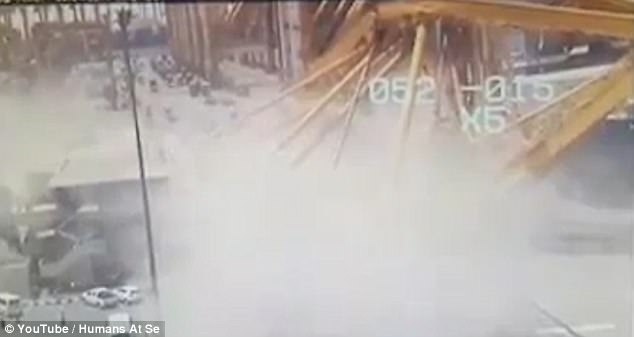 The crane is believed to weigh around 1,850 tonnes and is around 452 ft tall but luckily there were no fatalities reported

In the video, life at the dockyard appears normal as workers drive around beneath the crane just moments before it came hurtling down.

A second crane was also shifted during the incident on Thursday, but managed to stay upright.

DP World, who is responsible for the port, confirmed the incident happened at Terminal 1 of the popular port. 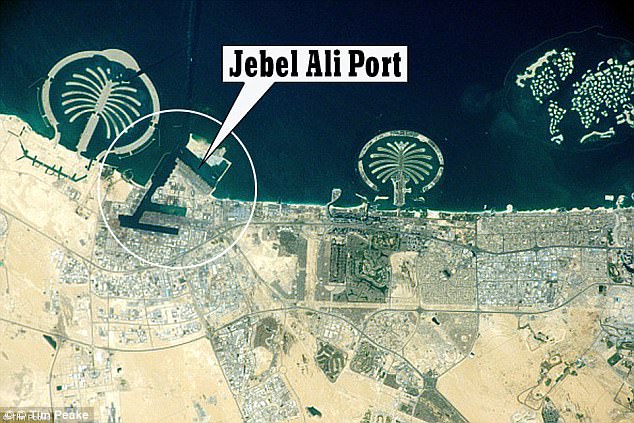