Thanks to revolutionary advances in medical technology, three quarters of cancer patients will survive for at least ten years after diagnosis within the next decade, experts predict. This is the survival time at which doctors and researchers consider patients to be cured of the illness. They have hailed ‘fantastic changes in survival rates’ in recent years which are set to accelerate even further.

This is down to new techniques to diagnose cancer which are enabling many more tumours to be detected at an early stage, when they can be removed.

At the same time, revolutionary procedures and drugs mean that patients whose cancers were once deemed terminal are now expected to live for ten or 20 years.

Leading researchers told the world’s largest cancer conference that by 2027, three quarters of patients in the UK and US could expect to live for at least a decade.

Currently, half of patients diagnosed with cancer in the UK can expect to live for at least ten years and survival rates are similar in the US. 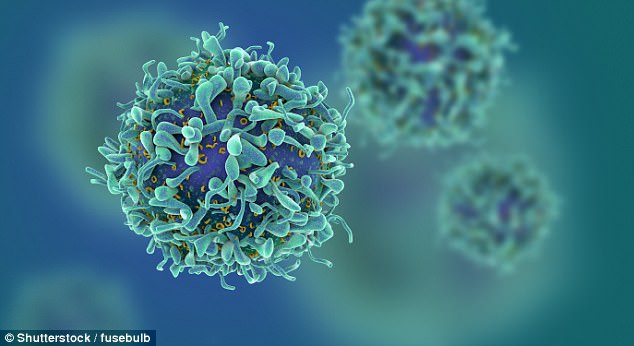 Positive changes in survival rates are down to new techniques to diagnose cancer which are enabling many more tumours to be detected at an early stage, experts say

But Dr David Graham, of the Levine Cancer Institute in Charlotte, North Carolina, and fellow of the American Society for Clinical Oncology, said there was ‘great promise’ for improvements.

He said that ‘within the next decade,’ 75 per cent of cancer patients could expect to live at least ten years.

This is the survival time at which doctors and researchers consider patients to be cured of the illness.

‘We are already seeing fantastic changes in survival rates already. We’ve seen that even in the last decade.’ he said.

‘There are a number of cancers already that have become chronic, manageable diseases.’

Dr Graham said that recent breakthroughs were enabling patients with apparently terminal cancer to live for five years – and many are expected to survive much longer.

These include immunotherapy – a drug which teaches the body’s immune system to fight tumours – which has been hailed as a ‘new era’ in cancer treatment.

A major analysis by Cancer Research UK in 2014 found that 49.8 per cent of patients diagnosed with cancer can expect to live at least ten years.

But survival rates vary hugely between the types of cancer and the stage at which it is diagnosed.

For breast cancer, which is usually detected early, 78 per cent of patients can expect to live for ten years or more.

But this falls to just 5 per cent for lung cancer and less than 1 per cent for pancreatic which are both usually detected late.

Researchers believe that new diagnosis techniques will enable many more patients to be diagnosed at an early stage, when tumours are small and can be removed by surgery.

Earlier this week scientists unveiled results from a revolutionary blood test that can diagnose cancer up to ten years before symptoms appear.

The ‘liquid biopsy’ test involves analysing the DNA from tiny fragments of tumour which circulate in the blood.

This treatment is proving particularly effective for lung cancer, skin cancer and kidney cancer which just five years ago were considered incurable.

‘We can be extremely hopeful’

Dr Richard Schilsky, senior vice president and chief medical officer at the American Society for Clinical Oncology also predicted three quarters of patients would be outliving their cancers within the next ten years.

‘A combination of better screening, earlier diagnosis and more effective therapy are contributing to slow but steady improvements in cancer therapy.

‘We can be extremely hopeful that we’ve come very far and the pace of progress is accelerating.

‘As we improve our diagnostic strategies, we can pick up cancers at an earlier and earlier stage.

‘The majority of cancer patients are cured.

‘It’s still the majority of metastatic patients (cancer which has spread) who aren’t cured at the present time but we’re continuing to make progress even in those cases.’

Dr Áine McCarthy, senior science information officer at Cancer Research UK, said the charity’s ambition was for 75 per cent of cancer patients to live for at least ten years by 2034.

‘We can only do this by working together to prevent cancer, diagnose it earlier and develop better, kinder treatments.’

Eluned Hughes, Head of Public Health and Information at Breast Cancer Now, said: ‘Thanks to research, more people are surviving breast cancer than ever before.

‘Our ambition is that by 2050 everyone who develops breast cancer will live.’

Oman: Expats do not need approval to return from October 1