Dozens of Iranian women have flooded social media with videos of themselves dancing in solidarity with an arrested Instagram star.

Maedeh Hojabri, 18, was detained for broadcasting clips of herself dancing to Iranian and Western music without a hijab to her 51,000 followers.

State TV showed a video in which Ms Hojabri admitted breaking ‘moral norms’ but insisted she was only trying to gain more followers. 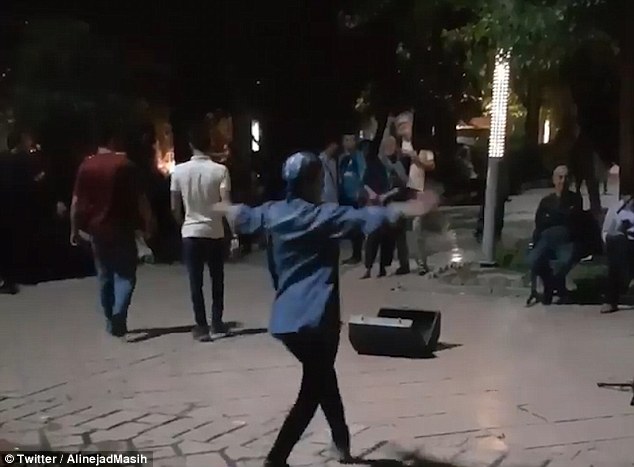 Dozens of Iranian women have flooded social media with videos of themselves dancing in solidarity with an arrested Instagram star, including this one in a Tehran park

It was not known whether her public confession was made under duress or whether she was released as a result.

One filmed herself dancing in a park in Tehran, though she was wearing a headscarf, which breaks strict rules set by the Islamic regime.

Iranian woman are not allowed to dance in front of men except for close family members. 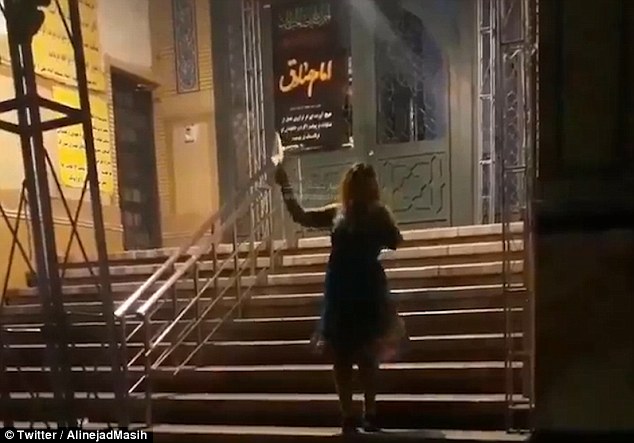 Another danced on the steps of a mosque as an act of defiance, saying she would rather go to jail than be ‘imprisoned’ in her bedroom 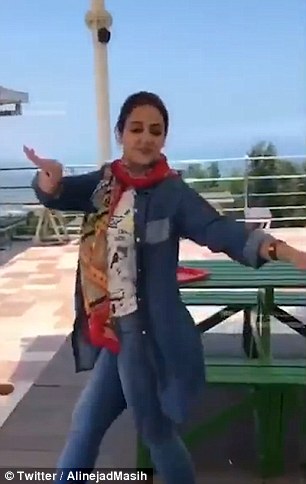 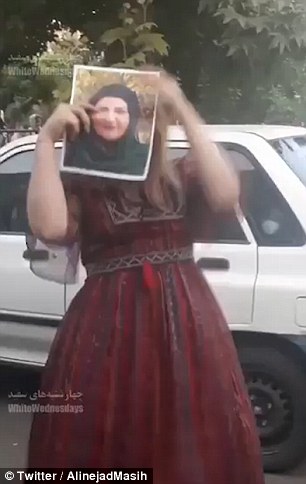 Numerous women took to social media with videos of themselves dancing, declaring ‘dancing is not a crime’

Another danced on the steps of a mosque as an act of defiance, saying she would rather go to jail than be ‘imprisoned’ in her bedroom.

Captioning the video, he writes: ‘If you tell people anywhere in the world that girls aged 17 and 18 are arrested because of their beauty, the joy of dance and accused of the crime of prostitution, and predators of children are free, they will laugh! Because it is not possible to believe it!’ 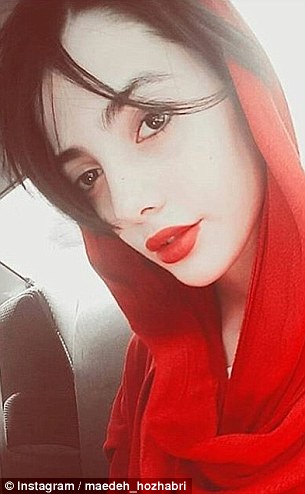 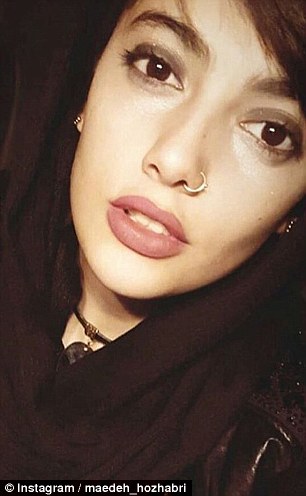 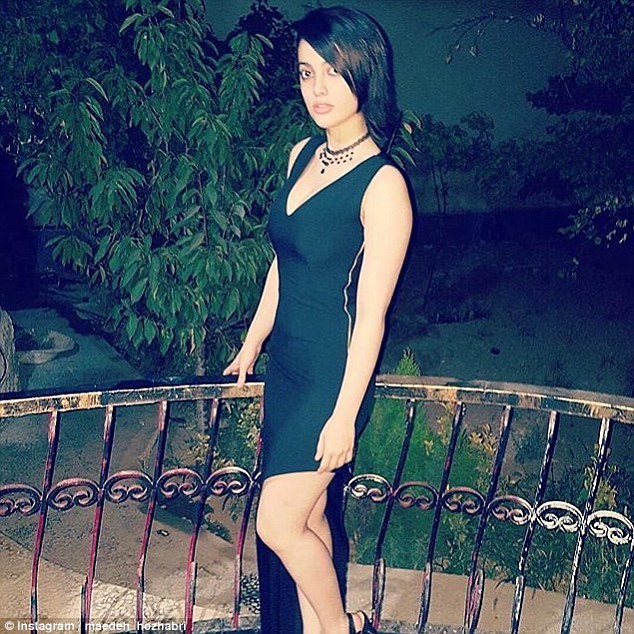 Ms Hojabri would post clips of herself dancing in her home, as well as selfies and pictures from her daily life – sometimes with and sometimes without the mandatory hijab

Shabooneh, a local news website, said Ms Hojabri and three other individuals were detained on similar charges in recent weeks before being released on bail.

Ms Hojabri had posted about 300 videos on her account, many of which showed her dancing in both Iranian and Western styles without wearing the obligatory hijab.

Her videos appears on various Instagram accounts attributed to her, however none have been verified. 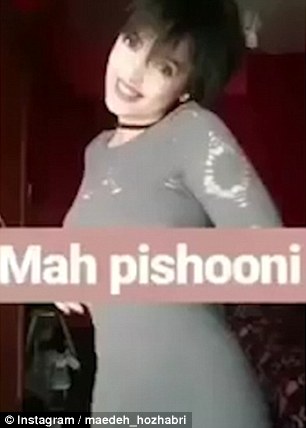 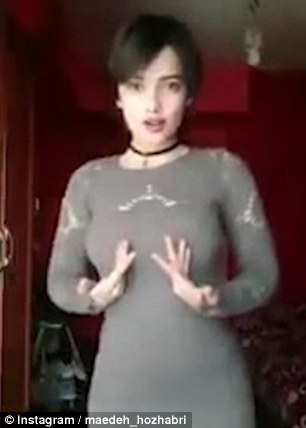 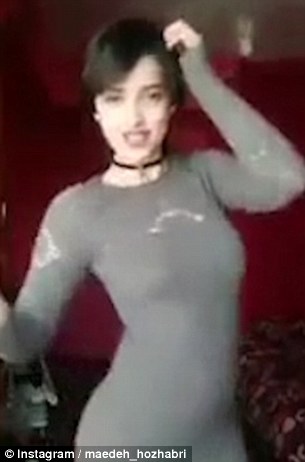 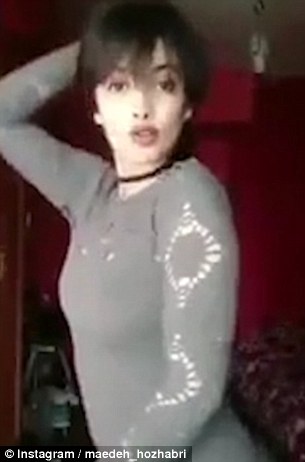 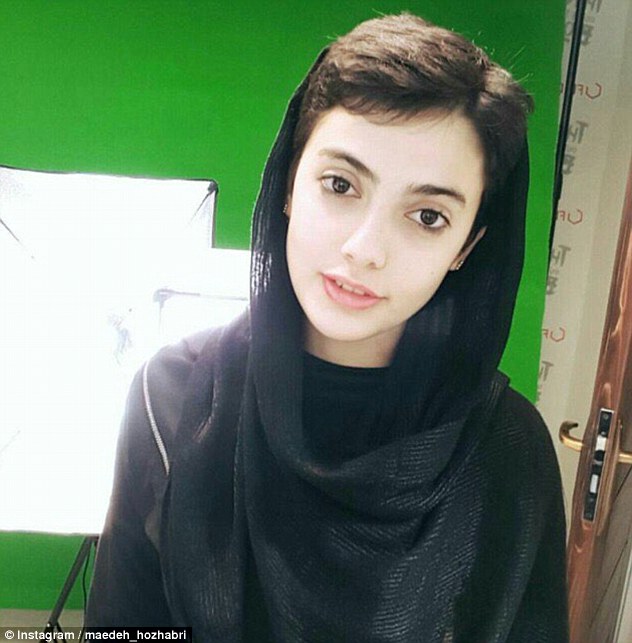 The latest arrests came amid a series of protests against the government’s handling of the economy.

In 2014, authorities sentenced six young men and women to suspended sentences of one year imprisonment and 91 lashes after they appeared in a video dancing to Pharrell Williams’ song ‘Happy.’