What is the role played by the Information & eGovernment Authority (iGA) in digitalizing the Kingdom?

iGA is the government entity in-charge of supervising the digital agenda of Kingdom of Bahrain represented by the transforming of government services and supporting the digital infrastructure needed to execute the digitalization strategies set under the directions of the Supreme Council for Information and Communication Technology (SCICT).

In line with Bahrain’s Economic  Vision 2030, our role to deliver better government eServices to the public through single platform (the National Portal bahrain.bh), continuously develop major national projects and diversify the channels through which government interacts with the public.

We also aim to strengthen the ICT environment in general and help create stronger digital literacy. Through the adaptation of online services, Excellence Award supporting startups in the ICT infrastructure, introducing cloud computing. Furthermore, leads IT management and governance within the various government entities and ensures the successful implementation of the National Cybersecurity strategy. To date, iGA provides over 370 eServices accessible through multiple online channels.

What are the challenges that you are facing in digitalizing Bahrain?

Solid integration is another key challenge in delivering government services. This process requires an extensive amount of coordination between entities, in addition to the technical IT challenges involved. We are gradually but surely working towards meeting our objectives.

What is the major impact that the eGovernment services brought into the Kingdom’s economy?

By having most of the government services digitalized and reengineered, the quality of the services, along with the user satisfaction, has improved. Moreover, process times, administrative burdens and costs have been reduced.

One of the most notable examples is the Business Licensing Integrated Systems, Sijilat.bh that enables entrepreneurs, businessmen, and investors to carry out all transactions related to commercial registrations. Reducing their setup time for starting a business in Bahrain. Another example is the National System, Tawasul, which enables citizens and residents to submit suggestions and complaints to any government entity in the Kingdom, which saves time and allowing the voice of customer to be heard for any developments.

There are many other services such as the Pre-Employment Health Check-up for Expatriates Workers eService which simplifies procedures and shortens waiting times from three months to a single week; and Benayat, the official portal used for issuing building permits for real-estate projects, amongst many other initiatives.

What are the achievements that you have gained so far?

The maturity and steady levels  of progress attracted leading global companies like Amazon Web Services to the Kingdom – making Bahrain the regional center of excellence for developing cloud platforms, and becoming the first Arab country in the world to implement a ‘Cloud First Policy’.

On the other note, government transactions via eGovernment channels grew by 32% in comparison to the previous year; and the value of eTransactions across all channels increased by The committee responsible for eGovernance in the country, saved nearly BD6.8m in project expenditures and procurements between 2016 and 2018. Over the same period, an additional set of initiatives conducted by the committee resulted in savings of BD7.1m in communications, IT licenses and state financial transactions.

What is Information & eGovernment Authority’s vision for the ICT sector in the Kingdom in 2020?

We will soon be announcing our new eGovernment Strategy, which is aligned with the Government Action Plan for 2019-2022. The focus will be on the Government’s commitment to proactively transform its services through digital technologies.

Of course, the process of keeping pace with the latest international advancements in IT and reflecting them on government entities will be continued. All governmental entities and branches would benefit from a single cloud environment with high speeds, shorter deployment times, minimal costs and maximum protection.

Lastly, ‘server-less’ applications – the next step in cloud adoption, which brings the great benefits of increased security, efficiency, flexibility and cost reduction.

Where would you say Bahrain is positioned in terms of digitalization in the GCC?

Bahrain has always been a leader in terms of digitalization in the region. This is due to the focus and the immense leadership support that we have received over the years. We benefit from embracing the shift towards digitalization much earlier than our GCC neighbors, who are now joining the field and learning valuable lessons from Bahrain’s experience.

Our government entities take every step necessary to ensure that the public’s needs are served in an efficient and reliable manner. This synergy is what enables the Kingdom to unlock its full potential and maintain its leading position in the digitalization of the  GCC.62% during 2018 alone. Also last year, more than 40 eServices were developed along with new mobile apps which witnessed a growth in utilization of 22%.

Bahrain: Excessive Use Of Social Media Make Us ‘Easy Targets’ For Cybercrime 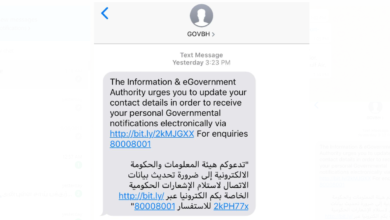 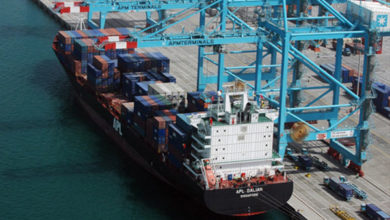 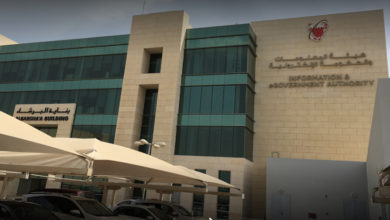