Breathing is the most natural thing in the world — we breathe in and out roughly 16 times a minute and think nothing of it.

But how you breathe can have a profound effect on your body and brain: research suggests that slowing the rate at which you breathe, and focusing on slow, deep inhales and exhales, can slow your heart rate and lower blood pressure.

And according to a recent study by the Department of Neurobiology at Stanford University in the U.S., sighing — taking a short deep breath and then a longer exhale — is a good way to reduce stress and boost positive feelings.

So the star-crossed lovers of romantic novels, who sigh a lot when they’re thwarted in love, may be on to something.

Slowing down your breathing can help you fall asleep, too (a big plus for me), and five minutes of slow, deep breathing done three times a day has been shown to reduce the impact of chronic pain.

Fans of yoga will already know a lot about the importance of focusing on your breath and spending a few minutes a day practising slow, deep breathing to support your health.

Now science is catching up. But why is slow breathing so beneficial? I recently interviewed Ian Robertson, an emeritus professor of psychology at Trinity College Dublin, who described slow, deep breathing as ‘an incredibly potent way of giving yourself a mini tranquilliser’.

He added that part of the reason is because ‘when very busy or stressed we tend to hold our breath, or breathe more rapidly, which can make us feel more panicked; just by slowing your breathing you can calm things down and you will be surprised at how quickly you feel better’.

I learned to do controlled breathing while making one of my favourite episodes of my podcast series, Just One Thing.

See also  The secret to staying skinny is eating less and not exercising more, study finds

And it’s been life-changing; when I’m stressed and sleeping badly then a few minutes of slow, deep breathing can transform my mood and bring a quiet joy to my day.

One of the ways slowing your breath helps is because it affects special sensors in your brain that detect carbon dioxide levels in your blood — these sensors rapidly respond by either releasing, or inhibiting the release of, a chemical messenger called noradrenaline, which can make us feel stressed and anxious.

Slowing your breathing not only reduces noradrenaline levels but also triggers the parasympathetic autonomic nervous system, which controls how your body works during times of rest and makes your heart slow down and your blood pressure drop. And this has an additional calming effect.

Professor Robertson calls slow breathing ‘the most precise pharmaceutical you could ever give yourself’, with the bonus that it is side-effect free: ‘It works like a mini reset button for your brain.’

Fans of yoga will already know a lot about the importance of focusing on your breath and spending a few minutes a day practising slow, deep breathing to support your health

There are lots of ways to do it, including box breathing, where you inhale deeply for a count of four, hold for two, then exhale for a count of four; it is also known as 4:2:4, and is taught to military and emergency services personnel as a way to reduce stress.

I find it very effective, particularly when I have racing thoughts and am struggling to go back to sleep in the middle of the night.

But is it really the best breathing technique when it comes to reducing stress and anxiety? That is what researchers at Stanford University wanted to find out.

For their study, published in the journal Cell earlier this month, they recruited 108 volunteers and divided them into four groups.

See also  Is your health the new wealth?

One group spent five minutes a day doing cyclic sighing, where you inhale slowly, before taking another shorter breath to fully inflate your lungs and then breathing out for as long as possible.

The second group did box breathing — inhaling, holding the breath, exhaling and holding the exhaled breath. The third group did cyclic hyperventilation — which sounds pretty horrendous. You take a deep breath, then do 30 very short exhales before exhaling fully. And try not to pass out.

The fourth group was asked to spend five minutes a day practising mindfulness meditation, a proven way to reduce anxiety; the idea is you sit quietly, focusing on your breathing but not consciously trying to control it. (There are lots of apps available that will help you do this, or you might want to sign up for a mindfulness course.)

After eight weeks, all the study participants reported a significant reduction in their anxiety, but those doing the cyclic sighing gained the most benefit when it came to reduced stress and more positive feelings.

The researchers think that any form of controlled breathing can be better than meditation, at least if you’re only going to do a few minutes a day, because it makes you focus on changing how you breathe, which is a good way to distract you from your thoughts.

I’ve been giving it a go and it works. The only downside? If you do it when other people are around, you sound as if you are exasperated, or perhaps just lovestruck.

The secret to staying skinny is eating less and not exercising more, study finds

The secret to staying skinny is eating less and not exercising more, study finds

Canada McDonald's that sparked 900 police call over fights to close 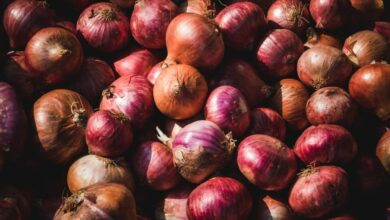 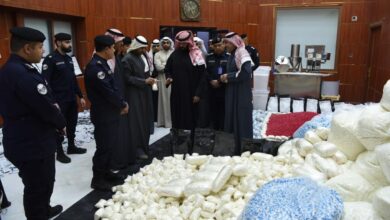 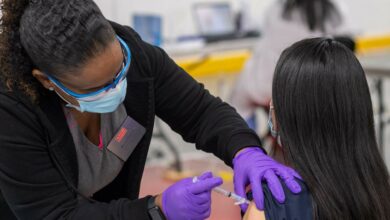 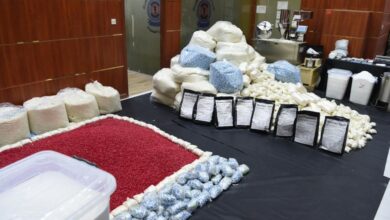