Tourists are shunning terror-hit countries including France and countries in north Africa as they flock to other sun-drenched resorts including Dubai instead.

Holidaymakers are rejecting the once popular destinations of Egypt, Tunisia and Kenya amid fears of being caught up in a terror attack, according to the Office for the UK’s National Statistics (ONS).

While France, which has also been targeted by terrorists in bloody attacks in Paris and Nice in 2015 and 2016, has seen the number of visits drop over the past 20 years from six million to 5.6 million last year.

And Belgium and Turkey – where jihadi extremists slaughtered dozens in bombings at Brussels airport and outside tourism hotspots – have both dropped out of the top ten since 1996.

While Turkey – where an Islamic State suicide bomber murdered 13 people in a suicide bomb outside the world famous Blue Mosque in Istanbul in January 2016, has also experienced a slump. 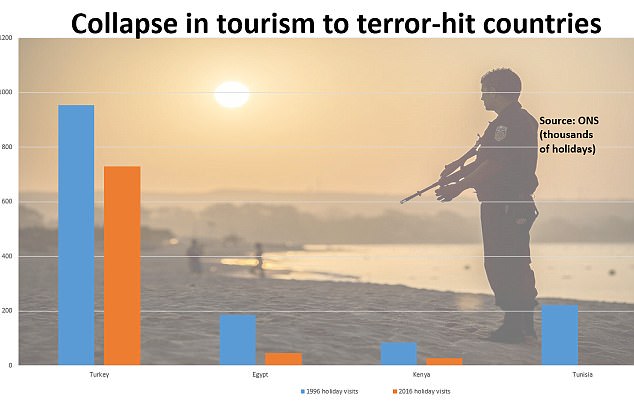 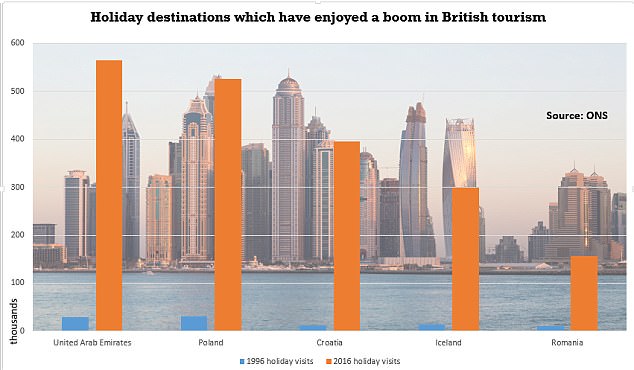 ONS figures put out today show that Dubai, in the United Arab Emirates, has enjoyed a surge in popularity among British holidaymakers.

The UAE has seen the most dramatic rise in the number of trips by British tourists in the past 20 years. 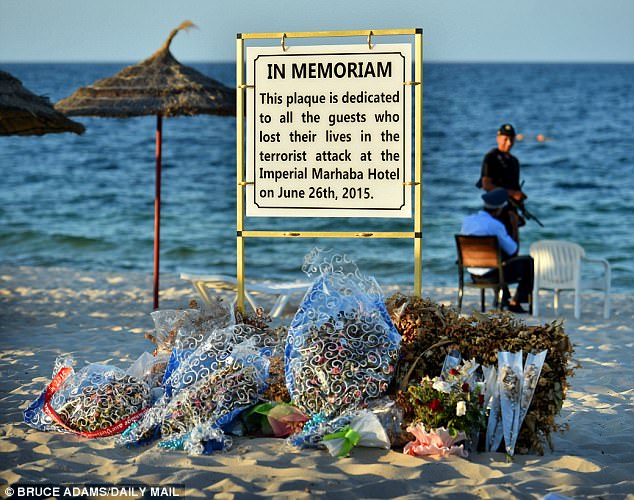 Gunman gunman Seifeddine Rezgui killed 38 people – including 30 Brits – when he opened fire at a beach resort in Sousse, Tunisia in June 2015. Figures put out by the ONS today show that tourism to Tunisia has collapsed compared to 20 years ago and in the wake of the collapse