A security worker who stole a rare Dh73 million diamond from a company vault in Dubai has been jailed. The precious stone was recovered in Sri Lanka after the 37-year-old diamond thief’s accomplice, who remains at large, smuggled it out of the UAE in a shoe.

The two men, both from Sri Lanka, were given five years behind bars at Dubai Criminal Court, the smuggler being sentenced in his absence. A third defendant, aged 38, also from Sri Lanka, was sentenced to three months in prison for sheltering the security guard while he was wanted by police.

A senior employee, tasked with keeping hold of the blue diamond, was handing over his responsibilities after his resignation when he uncovered the theft. He discovered that the bag where the diamond was kept had been ripped and its box had been switched by the defendant during the theft on May 25.

Investigations revealed the serial number on the box did not match the one in which the diamond was kept. “The entire box was taken and replaced with another one that carries a different serial number,” said the Jordanian man, 37, who had tendered his resignation from the company.

Police were notified and, after combing through CCTV footage, they were able to pinpoint the Sri Lankan offender who was seen wearing a heavy jacket in the footage – despite the room not having air-conditioning and it being a hot day.

The defendant had access to the code for the vault and the box, and he had removed the diamond then hid it under his heavy jacket before giving it to a relative.

His relative, who is at large, smuggled it out of the country inside a shoe the same day.

On May 28, the guilty party was asked by the company to attend a meeting concerning the missing diamond but he did not turn up and went into hiding with the help of the 38-year-old compatriot.

He was tracked down in Sharjah within a matter of days and admitted the crime during police questioning, telling officers he had plotted the theft days in advance. 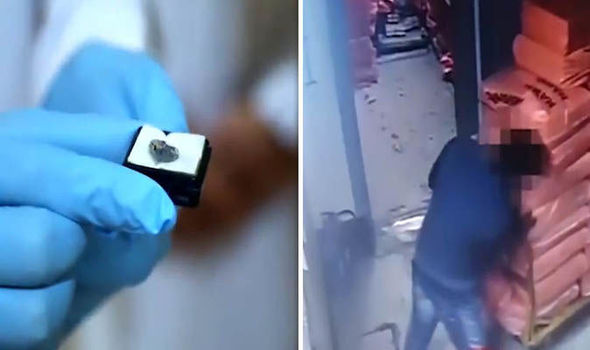 He admitted theft in court while the man who harboured him denied knowing that he had carried out the crime. Dubai Criminal court ordered the men’s deportation following the completion of their prison sentences.

COVID-19: Singapore plans a contact tracing device for all to wear