An Egyptian court has sentenced pop star Sherine to six months in prison on Tuesday for suggesting drinking from the Nile River leads to illness.

She was found guilty of spreading ‘false news’ after a recording emerged of her joking that water from the River Nile could give people parasites.

Sherine is one of Egypt‘s most famous singers and doubles up as a judge on the Arabic version of The Voice TV show. 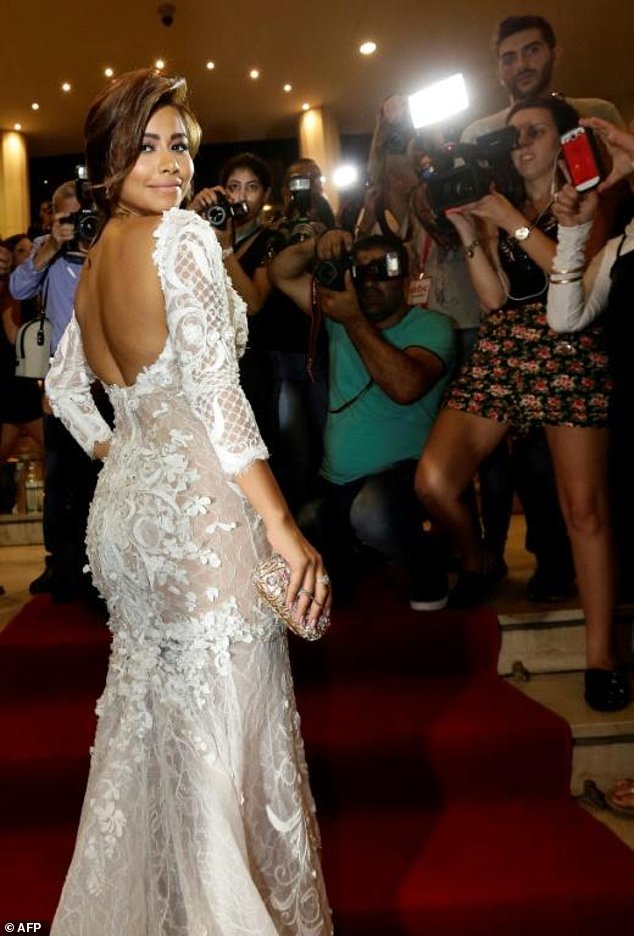 The singer apologised after being caught on tape joking with concert-goers about the cleanliness of Nile water. Judicial officials said she would remain free on bail pending an appeal.

In the recording Sherine is asked by a fan about her popular song ‘Have You Ever Drunk from the Nile?’

The star replied that drinking from the river could lead to bilharzia, which once caused widespread contamination of Egypt’s rivers.

‘Drink Evian instead,’ she joked, referring to the French mineral water. 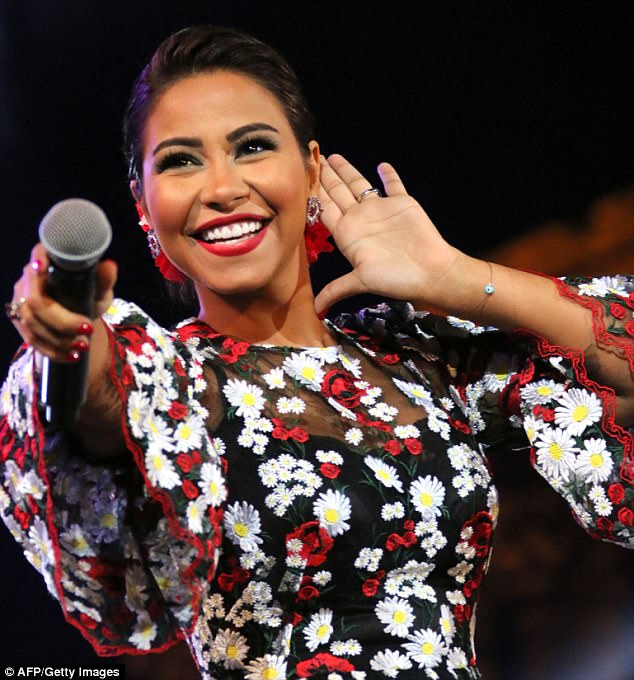 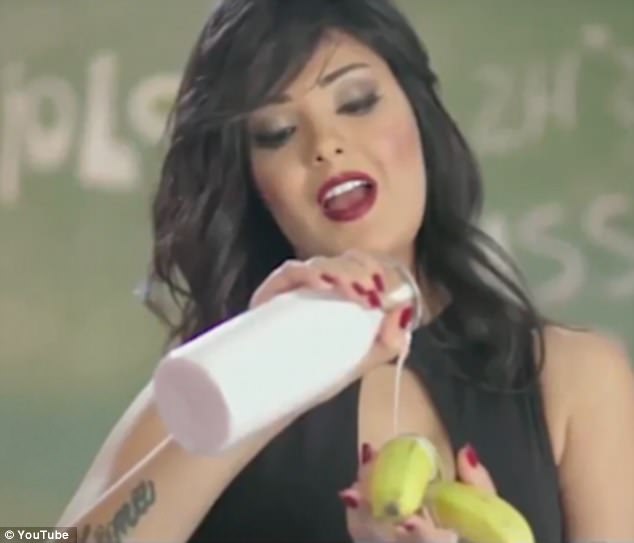 Controversial: Shaimaa Ahmed, 25, was convicted in December for appearing in a video in her underwear, pouring milk over a banana

The Egyptian news outlet Ahram said she was ordered to pay $250 as bail, in addition to a fine of about $500. She remains free until her case is concluded.

When a complaint against her was first filed in November, the musicians’ union in Egypt banned her songs from being broadcast – accusing her of causing ‘unjustified ridicule and mockery of our dear Egypt’.

The singer said at the time that she made her comment at a concert in the UAE more than a year earlier.

‘I apologise from all my heart for any pain I may have caused you… It was a bad joke,’ she wrote on her Facebook page at the time.

The population of the vast country of Egypt is mostly centred on the banks of the Nile, which flows from the south to the Mediterranean Sea.

The charismatic 37-year-old topped the charts in the region before announcing her retirement in 2016, but has since gone back on her decision.

Meanwhile another singer, Laila Amer, was also sentenced on Tuesday to two years in prison for ‘inciting debauchery and immorality’ in a music video. The director and a male actor in the clip received shorter terms.

In December at third singer, Shaimaa Ahmed – better known as as Shyma – was jailed for two years after she appeared in a music video in her underwear while suggestively eating a banana.

She was too found guilty of inciting debauchery and indecency and was sentenced alongside the video’s director.

Commentators say that the convictions may in part be linked to the desire of President Sisi to curry favour with conservative Egyptians ahead of elections next month.

India: Over 10,000 Evacuated from Homes Ahead of Cyclone