Etihad Airways has announced that it has suspended one of its flights in China after the threat of the coronavirus dampened demand. The Abu Dhabi-based carrier said late on Friday that its flights between Beijing and Nagoya which have been temporarily suspended due to low travel demand.

A number of airlines are halting or reducing flights to China as the country struggles to contain the spread of the deadly novel coronavirus. The World Health Organisation declared an emergency over the virus but said it “does not recommend and actually opposes any restrictions” on travel and trade to China partly because it could disrupt needed aid.

The epidemic has killed 213 people and infected nearly 10,000 worldwide including at least 80 outside China, Macau and Hong Kong.

The Italian government said it was suspending all flights between Italy and China, adding it was the first EU government to do so.

The following is a list of airlines that have announced changes:

AirAsia said a ban on flights from Kota Kinabalu in Malaysia, Bangkok and Phuket in Thailand to Wuhan, China has been extended until the end of February.

The airline is suspending flights between La Reunion and Guangzhou from February 8 to March 1.

Air France suspended its three weekly flights to Wuhan on January 24. It said Thursday it had halted regular flights to Beijing and Shanghai until February 9, although it added it would fly special flights with volunteer crews to evacuate employees and clients.

Air India announced Wednesday that it was suspending service on its Mumbai-New Delhi-Shanghai route effective January 31, and through February 14.

The flag carrier also said it would reduce the number of flights from Delhi to Hong Kong for the next two weeks.

The Myanmar-based airline said it will halt flights to the southern Chinese city of Guangzhou from February 1.

The airline said Thursday it was suspending its once-weekly flight between Antananarivo and Guangzhou during February, its only direct connection with China.

American Airlines said it will suspend flights from Los Angeles to Beijing and Shanghai from February 9 through March 27.

Flights from Dallas/Fort Worth to Beijing and Shanghai have been maintained, the US carrier said.

British Airways said it had suspended all flights to and from mainland China. The airline flies daily from London’s Heathrow airport to Shanghai and Beijing.

The airline said the move followed the UK government advice against all but essential travel to China.

The Hong Kong-based carrier said it would progressively reduce capacity by 50 percent or more on its routes to mainland China from Thursday through to the end of March.

The reduction concerns both Cathay Pacific and its Cathay Dragon subsidiary.

Delta Air Lines said it was temporarily halving the number of weekly flights connecting the US and China due to “significantly reduced customer demand” — from 42 to about 21 per week.

The new schedule will be in effect from February 6 through April 30.

EgyptAir said Thursday it was suspending flights to Hangzhou from February and those to other main cities such as Beijing and Guangzhou by February 4.

The Israeli airline said Thursday it was suspending its flights to Beijing until March 25. Flights to other Chinese destinations are continuing.

Finnair, which offers many connections between Europe and Asia, said it would suspend some flights beginning February 5 through most of March after group travel from China was halted.

It added that for the time being it would continue to operate the Kolkata–Guangzhou flight, and closely monitor the situation.

Iberia announced the suspension of its flight to Shanghai, its only flight to China, from Friday.

Kazakhstan says it will halt all transport links with China, beginning with road transport on February 1 and flights from February 3.

Kenya Airways said in a statement on Twitter that it was temporarily suspending its flights to and from the Chinese city of Guangzhou from Friday until further notice.

KLM says it is suspending all flights to China by the end of the weekend.

“Flights departing from Amsterdam on Sunday, February 2, are planned to give as many clients as possible the chance to travel from Beijing and Shanghai back to Amsterdam,” KLM was quoted as saying by the NOS public broadcaster.

Indonesia’s Lion Air Group, Southeast Asia’s biggest carrier by fleet size, said Wednesday it would halt all flights to and from China.

The suspension, which affects routes to 15 different Chinese cities, takes effect from February 1 until further notice.

The Lufthansa group, one of Europe’s largest airline companies, said the decision also applied to flights run by its subsidiaries Swiss and Austrian Airlines.

The Lufthansa group normally operates 73 connections to and from mainland China a week, mainly to Beijing and Shanghai.

MAI has announced a suspension effective from Friday for charter flights to 10 Chinese cities and was allowing passengers booked on its regular service to Guangzhou to change their travel plans without charge.

MNA has said it will halt flights to Hong Kong and Chengdu from Saturday.

The Moroccan national airline Royal Air Maroc announced it would suspend from Friday its flights from Casablanca to Beijing as demand plummeted. The link is to resume on February 29.

RwandAir announced Friday that it will suspend flights to and from Guangzhou until further notice, following the WHO’s emergency declaration over the coronavirus outbreak.

SAS has announced it is halting direct flights to Beijing and Shanghai from Friday until February 9. Service to Hong Kong is being continued although passengers are being offered opportunities to cancel or rebook.
– Singapore Airlines –

Singapore Airlines announced that it and subsidiary SilkAir will cancel some flights on selected routes to several major Chinese cities “due to the growing scale of the novel coronavirus outbreak.”
– SkyUp Airlines –

The low-cost Ukrainian airline said it will halt charter services to China’s resort island of Hainan until March 28.

Tajikistan’s only carrier flying to China suspended flights to its giant neighbour for February.

UIA said it would halt services to Hainan until February 24.

US carrier United Airlines has said it will trim its services to China from the United States in light of reduced demand in the wake of a US travel warning urging Americans to reconsider non-essential travel.

Having earlier announced reductions in the number of flights to Beijing, Hong Kong and Shanghai between February 1 through February 8, on Thursday it announced from February 9 through March 28 it will reduce the number of daily flights from 12 to four.

Russia’s Urals Airlines, which had already suspended flights to several destinations in China, said Wednesday it was cutting some services to Europe popular with Chinese tourists, including Paris and Rome, because of the outbreak.

China and Hong Kong Nationals Not Allowed to Enter Kuwait 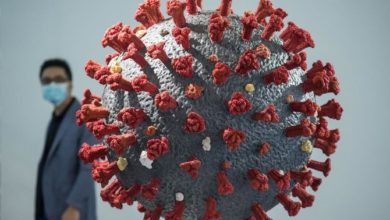 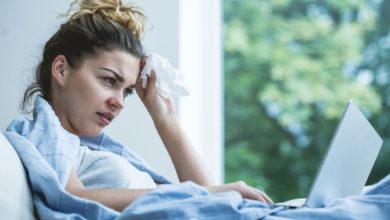 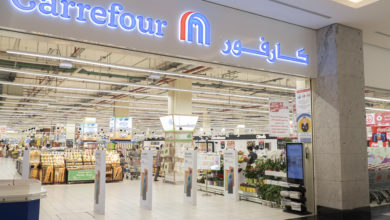