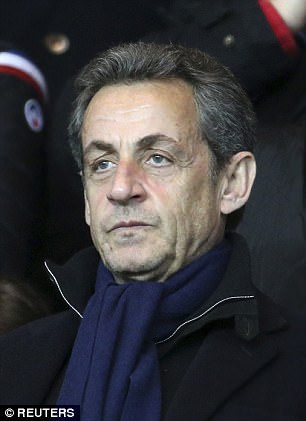 The 62-year-old politician’s dealings will be probed by prosecutors in his own country after the massively wealthy Gulf state was effectively accused of paying to host the contest.

Mr Sarkozy is already an indicted criminal suspect in France after a Paris judge in February ordered him to stand trial over illegal campaign funding.

He is said to have falsified accounts during his unsuccessful presidential campaign for re-election in 2012 after serving just one term in office.

Other Sarkozy sleaze enquiries include accusations that he accepted millions in laundered money from the late Libyan dictator Colonel Muammar Gaddafi.

Now it is Mr Sarkozy’s role in wooing Qatari investors to France, and potentially accepting cash in the process, that is under scrutiny.

A spokesman for financial prosecutors in the French capital said they were ‘involved in preliminary enquiries’ into the Qatar World Cup bid, that received huge backing from Mr Sarkozy.

They are also looking at a related deal that saw Qatari company Qatari Diar buy a five per cent stake on French multinational waste and energy company Veoliain April 2010. 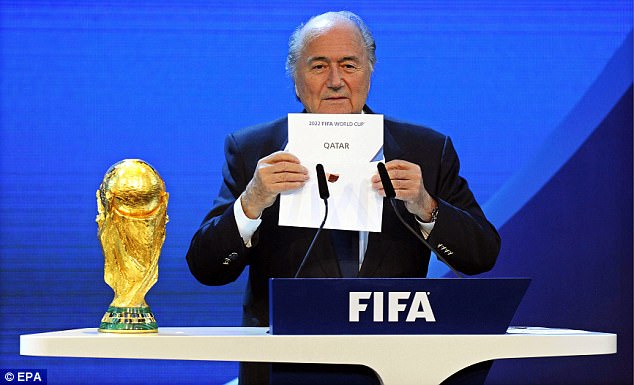 It is thought that the equivalent of just under £164m was ‘siphoned off on the sidelines’ in relation to the Veolia deal, according to the Daily Telegraph.

France was a firm supporter of the unusual bid to hold the World Cup in Qatar, despite scorching summer temperatures and only a nominal footballing history.

According to the Telegraph, Sarkozy ‘may have received funds from transactions negotiated around the time of the 2022 bid [in 2010], including from the sale of Paris Saint-Germain football club to Qatar.’

Sarkozy is a season ticket holder at PSG, one of the richest clubs in the world, and is known to have advised its Qatar owners to buy it in the first place.

Just before his election in May, the current French president Emmanuel Macron said he wanted to cut down on Qatar buying up French assets.

In April, Mr Macron said: ‘I will put an end to the agreements that favour Qatar in France. I think there was a lot of complacency during Nicolas Sarkozy’s five-year term in particular.’ 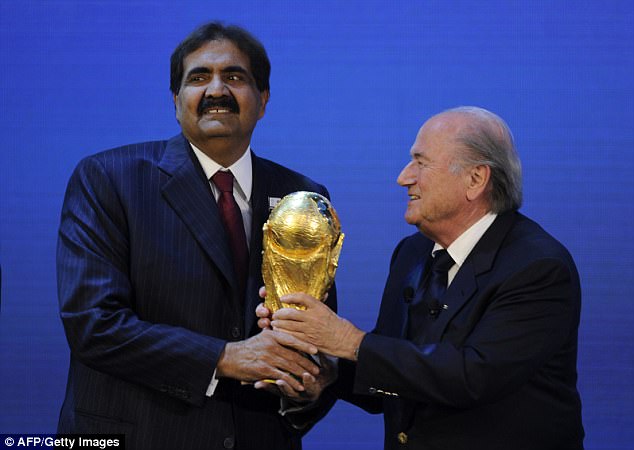 The Sarkozy revelations also come as Qatar faces fierce criticism from neighbours over its alleged support for radical militant groups and Iran, which Qatar denies.

COVID-19: France and Germany plunge back into lockdown

Kuwait lists key categories to be vaccinated against Covid-19