A huge ‘dead zone’ in the Arabian Sea has been discovered by scientists.

No fish, marine plants or other animals live there. The poorly studied dead zone is ‘vast and growing’ and the ocean itself ‘suffocating’, researchers said. 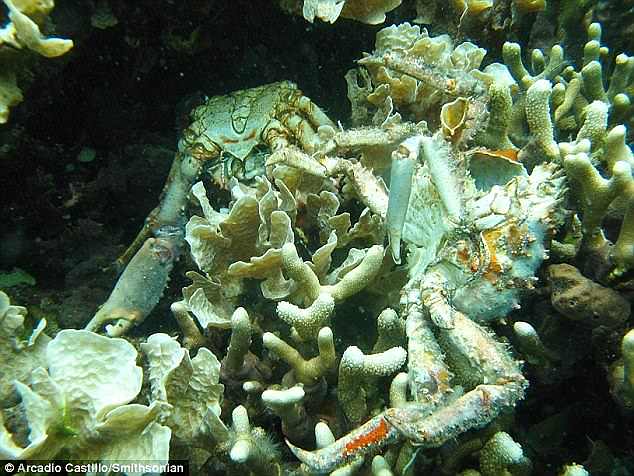 People who rely on the ocean for food and work are also endangered by the growing zone, they warned.

The environmental disaster was identified by underwater robots exploring more than half a mile down in the Gulf of Oman.

Global warming and human waste has combined to trigger a dramatic drop in oxygen far worse than previously feared.

Researchers aren’t certain of the exact area of the zone, but the new research shows it has been growing, explained study coauthor Dr Bastien Queste, of the University of East Anglia. 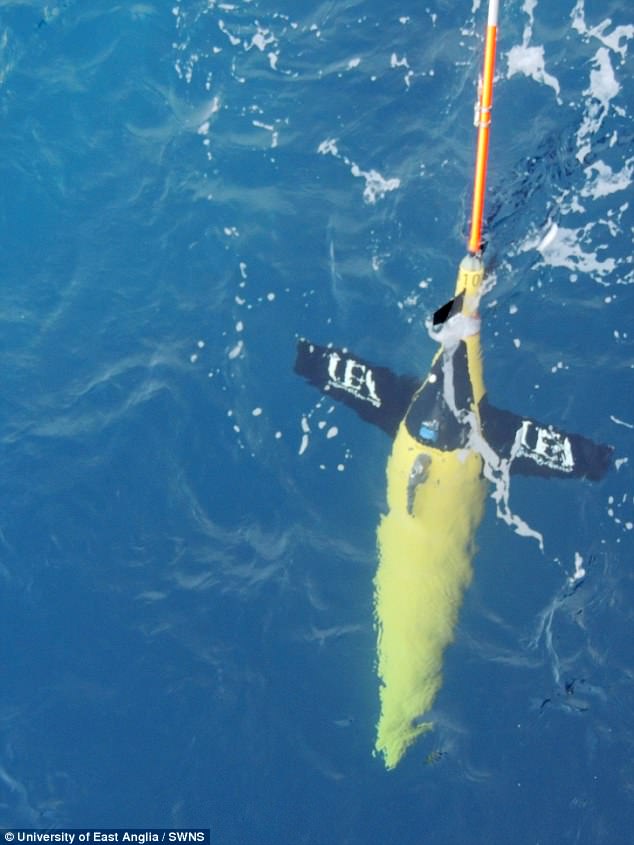 A ‘dead zone’ in the Arabian Sea that is ‘bigger than Scotland’ has been discovered by British scientists. The environmental disaster was identified by underwater robots called ‘seagliders’ (pictured) exploring more than half a mile down in the Gulf of Oman

WHAT IS AN OCEAN ‘DEAD ZONE’?

As fish avoid these zones, their habitats shrink and they become more vulnerable to predators or fishing.

But the problem goes far beyond dead zones, the study’s authors say.

Even smaller oxygen declines can stunt growth in animals, hinder reproduction and lead to disease or even death.

It also can trigger the release of dangerous chemicals such as nitrous oxide, a greenhouse gas up to 300 times more powerful than carbon dioxide, and toxic hydrogen sulphide. 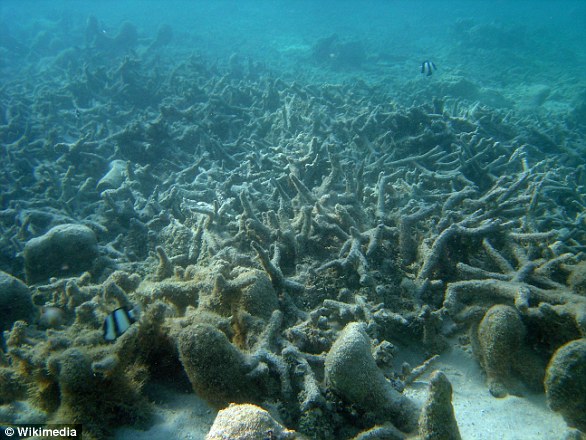 ‘They are a disaster waiting to happen – made worse by climate change, as warmer waters hold less oxygen, and by fertiliser and sewage running off the land into the seas.

‘The Gulf of Oman itself is 130 000 square km… And that region is now pretty much anoxic whereas it wasn’t before.’

The robots called ‘Seagliders’ are similar to a human diver in size but can reach depths of 1,000 metres and travel the ocean for months, covering thousands of kilometres.

This enabled them to collect data in areas of water previously inaccessible due to piracy and geopolitical tensions. 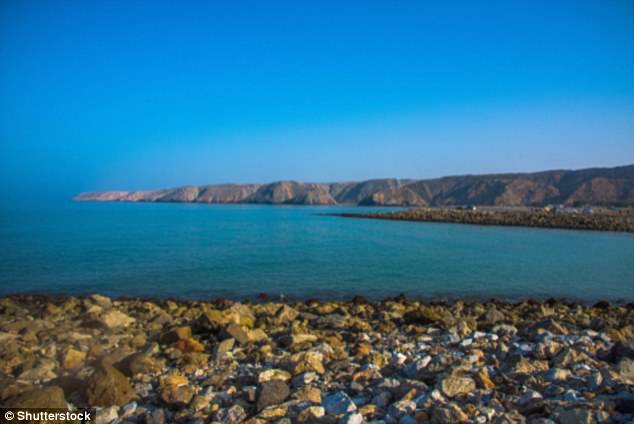 The Gulf, also known as the Sea of Oman (file photo) is a strait that connects the Arabian Sea with the Strait of Hormuz. It borders Iran and Pakistan on the north, Oman on the south, and the United Arab Emirates on the west

The two gliders were deployed for eight months, communicating via satellite to build an underwater picture of oxygen levels, and the ocean mechanics that transport it from one area to another.

Where they expected some oxygen, they found an area larger than Scotland with almost none left.

Dr Queste, who worked with Oman’s Sultan Qaboos University, said: ‘The Arabian Sea is the largest and thickest dead zone in the world.

‘Our research shows the situation is actually worse than feared – and the area of dead zone is vast and growing. The ocean is suffocating.