When President Donald Trump set his hands on a glowing orb during his first foreign trip to Saudi Arabia, social media lit up with science fiction jokes.

And there were Photoshops galore: 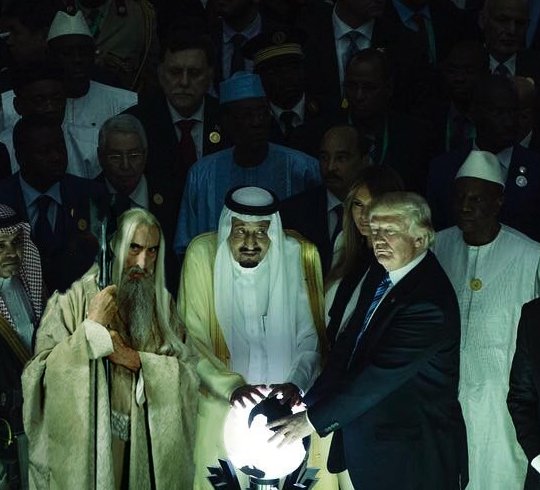 In reality, Trump had touched the globe as part of an inauguration ceremony for the Global Center for Combatting Extremist Ideology in Ridyah, Saudi Arabia on Sunday. Together, the three leaders placed their hands on the globe to start a film about the center.

The newly-opened center has a large TV wall displaying ongoing extremist activity and aims to come together to stop the spread of violent extremism, the Saudi Gazette reports. It will be used to monitor potential threats of terrorism and, through the help of experts, reveal and confront extremist speech.

But the seriousness of the center didn’t stop people on the internet from joking at the sight of Trump touching the glowing orb.