A fire broke out in the Haramain high-speed rail station in Saudi Arabia’s coastal city of Jeddah, injuring at least five people, the authorities said on Sunday.

The governorate said that five people were taken to a nearby hospital. Moreover, it added that some 16 medical teams rushed to the scene where firefighters started to tackle the blaze.

The fire erupted at 12:35 p.m. according to the Haramain High-Speed Railway’s Twitter account. The Makkah governorate said that all trains were suspended until further notice and it urged passengers with tickets to call 920004433 for any settlements and inquiries.

Authorities confirmed that there were no fatalities. “Five people were injured in the incident and were immediately taken to a nearby hospital,” the Makkah governorate said in a Twitter post.

The security aviation had intervened to support the estimated 26 firefighting teams of the Saudi Civil Defense in fighting the fire. Around 16 medical teams from different governmental bodies arrived to provide medical assistance.

Advertisement
The Jeddah traffic department played a major role in redirecting motorists away from the area. Dramatic videos on social media showed teams using helicopters in an attempt to put out the fire, which sent huge palls of smoke into the sky of the coastal city. 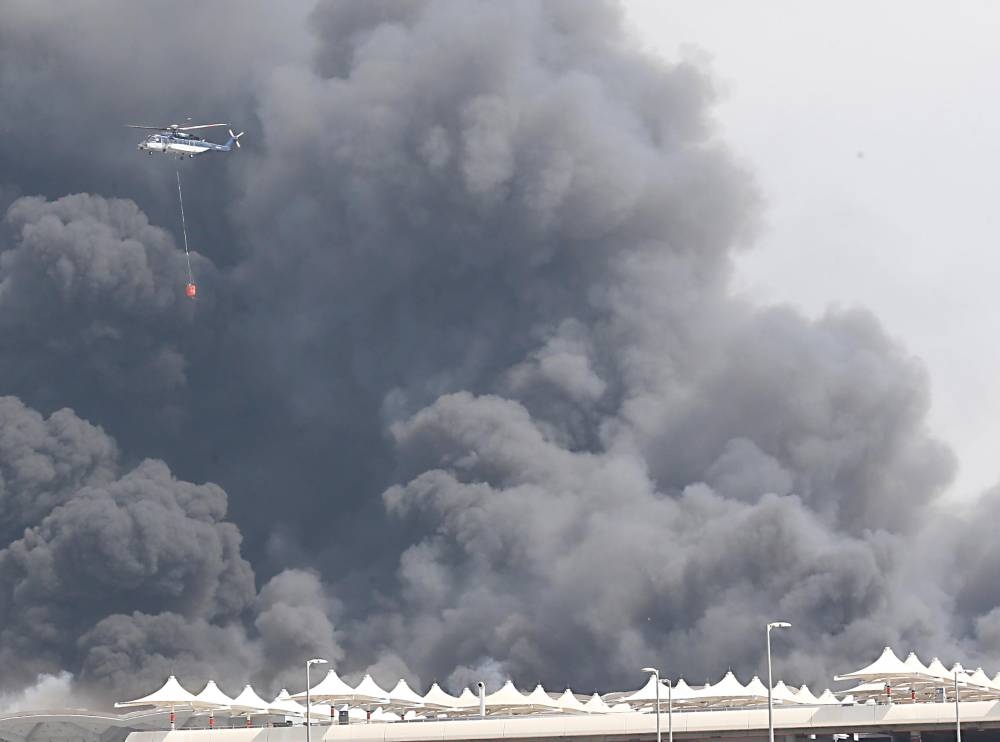 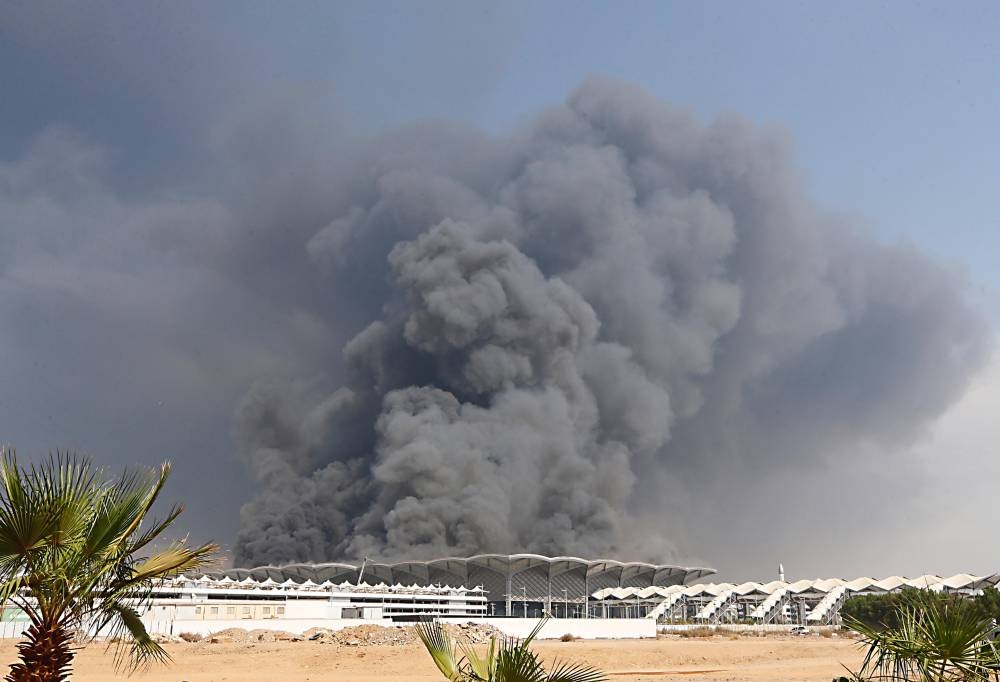 Bahrain: Damaged Car Number Plates To Be Replaced For Free