Oil exporters in the Middle East, especially those in the Gulf Cooperation Council, have been hit hard by the collapse in crude prices which provided a major part of their finances

The IMF on Tuesday advised energy-rich Gulf economies to speed up their diversification away from oil after projecting the worst growth for the region since the global financial crisis.

Oil exporters in the Middle East, especially those in the Gulf Cooperation Council, have been hit hard by the collapse in crude prices which provided a major part of their finances.

As a result, economic growth has slowed considerably as the GCC six and other regional oil exporters posted huge budget deficits.

In its Regional Economic Outlook, the International Monetary Fund on Tuesday projected GCC economic growth at just 0.5 percent this year, the worst since the 0.3 percent growth in 2009 following the global financial crisis. 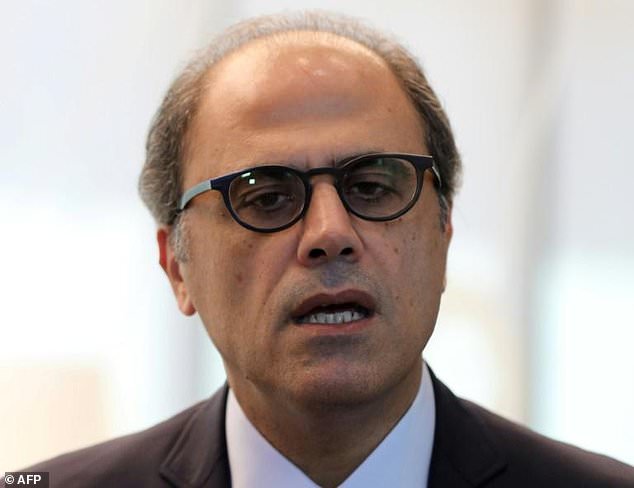 Director of the Middle East and Central Asia and International Monetary Fund, Jihad Azour, speaks during an interview with AFP at Dubai’s International Financial Center on October 30 2017

“It is the right time for GCC economies to accelerate their diversification outside oil and to promote a greater role for the private sector to lead growth and create additional jobs,” said Jihad Azour, director of the Middle East and Central Asia at IMF.

“Preparing their economies to the post-oil era is something that is becoming a priority for authorities all over the GCC,” Azour told AFP.

“We are seeing governments developing diversification strategies and introducing a certain number of reforms to allow the economy to be prepared for the post-oil era. And those are important reforms,” he said.

The IMF report also projected that the economies of oil exporters in the Middle East and North Africa — also including Iran, Iraq, Algeria, Libya and Yemen — would grow 1.7 percent, down from 5.6 percent the previous year.

MENA oil importers, on the contrary, were expected to expand 4.3 percent this year, up from 3.6 percent in 2016, the report added.

Azour said the IMF was projecting flat growth this year for Saudi Arabia, the largest economy in the MENA region, but the non-oil sector was growing faster than expected.

He estimated that Saudi Arabia and UAE could achieve a fiscal balance by between 2020 and 2022.

Azour said the introduction of the five percent value-added tax (VAT) was one of the reform measures that would allow the GCC countries to diversify their revenues away from oil.

“Its low rate will have a limited impact on price rise and inflation,” said Azour, adding that VAT is estimated to generate between 1.5 and two percent of gross domestic product annually.

So far, Saudi Arabia and UAE have said they would apply the tax at the start of next year while the remaining four nations have the whole of 2018 to implement it.