A parliament besieged by protesters, a country adrift nine months after an election, a feud between domestic blocs and Iranian proxies: for many Iraqis, the latest political crisis is nothing new.

But to many observers this standoff appears more complex and protracted than most over the more than two decades of efforts to root a democratic state in Iraq. From the Kurdish region in the north to Anbar province in the west and the Shia communities in the south, there appears to be little hope that a government pursuing a collective national interest can emerge from the power struggle.

There are instead many indicators to suggest that after a debilitating, attritional campaign, Iran will eventually get its way, consolidating control over key areas of a feeble state and dictating terms on an unprecedented scale.

In Erbil, where rockets fired by Iranian proxies – as recently as Tuesday night – have caused disruption and uncertainty, leaders are slowly shifting their positions on what comes next.

The semi-autonomous Kurdistan region had backed the bloc of the influential Iraqi cleric Moqtada al-Sadr, who wishes to restrict Iran’s power in the country. In post-election horse trading, Sadr hoped to form a government in the 329-seat parliament alongside Sunni parties.

But as attempts to name a president – the first step in the process – failed, the Kurdish region’s prime minister, Masrour Barzani, began to moot a new decentralised confederation model that would bleed power from Baghdad and give Kurds and other ethno-sectarian constituencies more power over their own affairs.

Barzani told the London-headquartered thinktank Chatham House in April that confederation could be a solution for all Iraqis. His remarks were a pointed break from the buy-in to a central model in which Washington has, until recently, remained invested since the US military ousted Saddam Hussein nearly 20 years ago.

US interest in defending Iraq’s democracy considerably waned over the first year of the Biden administration, leading Kurdish officials to consider allying with Iranian interests to finally form a government in Baghdad.

Sadr, the biggest winner in the election last October, ordered his MPs to resign from their positions in the spring, but remains the person most able to mobilise the Iraqi street. Wednesday was a pointed reminder of his powers, as hundreds of his supporters danced and sang in parliament after storming Baghdad’s high-security green zone.

Sadr had mobilised his followers to protest against the nomination by an Iran-aligned group of the former minister and regional governor Mohammed al-Sudani for prime minister. Though no longer in parliament, the controversial cleric appears insistent on naming a new leader.

Iranian blocs took devastating losses in the election, which would have greatly reduced Tehran’s powers in the legislature and in other Iraqi institutions. Since then, its proxies have attempted to claw back a foothold while applying pressure on opponents, in particular the country’s Kurds, who have been trying to build a gas and oil export industry that operates separately from Baghdad.

Rocket attacks carried out by Iranian proxies have frequently targeted Kurdish gas infrastructure, in moves that have been received as pointed warnings not to go too far domestically and to return to the negotiating table on a national level. 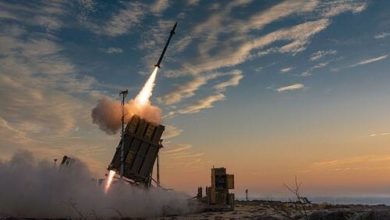 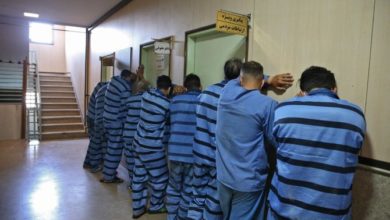