…if the BMW M3 isn’t enough, there’s the M3 Competition!

The M3 Competition is a mean, wild machine and I spent 4 busy days blasting around the UAE in this beauty. The colour is striking and hard to miss. I’ve been telling everyone that I was born to drive this car since BMW call this colour ‘Isle of Man Green’ and it just so happens that I was born in the Isle of Man. So, did they name it after me? Okay, obviously not. I checked online and found that Marcus Syring, head of design at BMW M, says; “Isle of Man Green is full of life; it’s not a conservative green… especially when you see it in the sunshine. It’s an active colour.” So, there you have it.

Enough about me – more on the car. This is certainly a car to be noticed in. Even in Dubai, where almost every other car is seemingly a luxury car, lots of people were looking at me (I mean the car). I even saw a couple of people snapping on their iPhones while I was driving through DIFC.

So, what’s it like to drive? It’s the steering that struck me first. I couldn’t believe how accurate it is. It is of course electric, so there’s little feedback and yet you can immediately direct the car with precision. And the faster you go, the more precise it feels. I’ve driven an abundance of super cars and sports cars, and the precision and accuracy of the M3 Competition’s handling seriously stands out. Over the years I’ve met and interviewed some of the senior engineers and designers based in Munich, and learnt how seriously they take their job and strive for ultimate performance in their product.

There’s a twin-turbo straight six under the bonnet, rear-wheel drive (with a 4WD option that’s frankly unnecessary as the rear wheel drive provides ridiculous grip and traction). An eight-speed automatic replaces the seven-speed twin clutch of the previous model. Engine response and torque is sensational. This car is massively fast! There’s an extra 60bhp and 74lb ft of torque, taking the standard M3 beyond 500bhp for the first time while developing a massive 479lb ft from 2,750-5,500rpm.

I was surprised that despite the insane power and specs of this car, when in comfort mode, I could quite happily drive this around town and almost forget I was driving an M3… Until I notice slick M design steering wheel in front of me or put the pedal to the metal and hear/feel the straight six rip.

Underneath the body has been comprehensively strengthened over the standard 3 Series with extra bracing and new shear panels.

The new M3 Competition is certainly well equipped. Sporty bucket seats that are actually comfortable but can be somewhat difficult to climb in-and-out of, she’s also loaded to the brim with technology with absolutely no compromise on BMW raw driving pleasure.

In addition to the usual suite of driver safety aids, there’s also M Drive Professional which includes a lap timer, driving analysis coach, data recorder and even an M Drift Analyser to rate your skids, 16 speaker Harman Kardon hifi, gesture control, and carbon ceramic brakes – there’s a lot of carbon included, from the roof, to the steering wheel, console and gearshift paddles. The carbon ceramic brakes make a heck of a difference – when you’re really pushing the car, tapping the brakes on and off at bends, there is almost no decline in braking ability due to the way carbon brakes work. Interestingly, being the nerd I am, I recently watched a short documentary about carbon ceramic brakes and learnt their earliest use was on the supersonic Concorde!

The M3 Competition is arguably most complete sports sedan on sale today. No other car on the market is as capable, grippy, responsive, or communicative – change my mind!

UAE: First hospital in metaverse to launch in October

UAE: First hospital in metaverse to launch in October 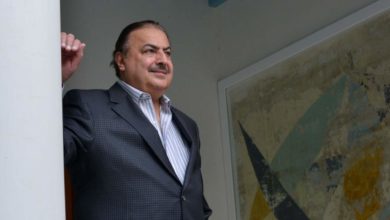 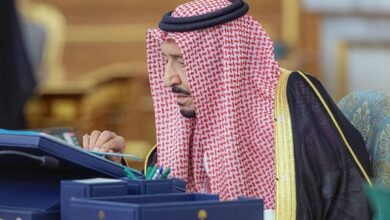 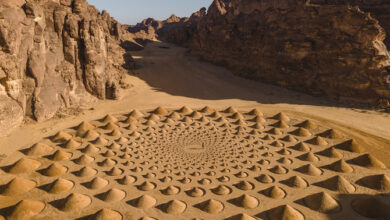