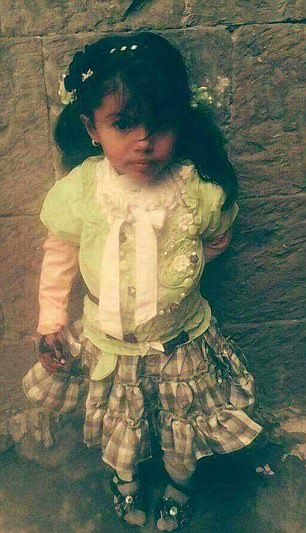 The mother of a four-year-old girl who was raped and murdered today told of their joy at the execution by machine gun of their daughter’s killer.

Safaa al-Matari’s parents said justice had been done as the little girl’s father spoke of his ‘happiness’ that the murderer had been punished in ‘spectacular way’.

Hussein al-Saket, 25, was shot five times before his body was strung up from a crane in front of a large crowd in the Yemeni capital Sanaa’s Tahrir Square for Saffa’s abduction, rape and murder.

Speaking exclusively to MailOnline the girl’s mother Amal al-Matari said: ‘I am very happy that the killer has been executed.

‘I felt so relieved even after it had taken all this time – one year and eight months ago.

‘I am more than happy and content now that justice has been done.

‘I know my innocent daughter Safaa will now rest in peace and in heaven.’

Her father Muhamad Taher al-Matari said: ‘I am so happy the killer of my daughter has finally been punished in such a spectacular and deterrent way so that he would set an example for all to see.

He added: ‘My tribe, family and I tahnk all those have have sympathized with us in Yemen whether they are Muslims, Christians or any other religion because attacking innocent children is forbidden by God and all religions.’

Safaa’s mother revealed how heartless al-Saket snatched her ‘beautiful’ daughter while she was giving birth to her youngest brother in November 2015.

Amal al-Matari told MailOnline: ‘I was giving birth to my youngest son, Saleh, who is now 20 months old when Safaa who was playing outside our house disappeared. 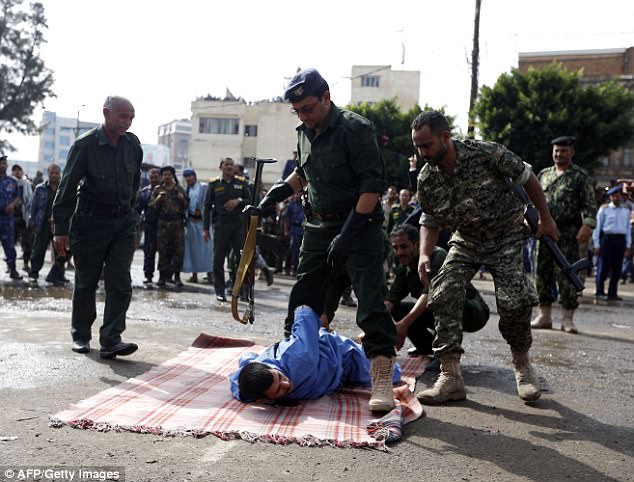 Executed: Safaa’s killer Hussein al-Saket, 25, was shot five times before his body was strung up from a crane in front of a large crowd in the Yemeni capital Sanaa’s Tahrir Square, pictured 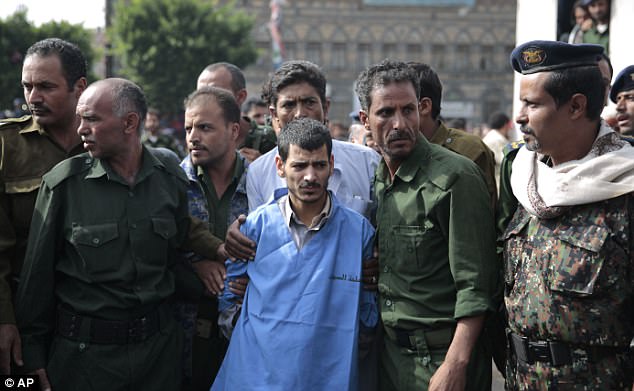 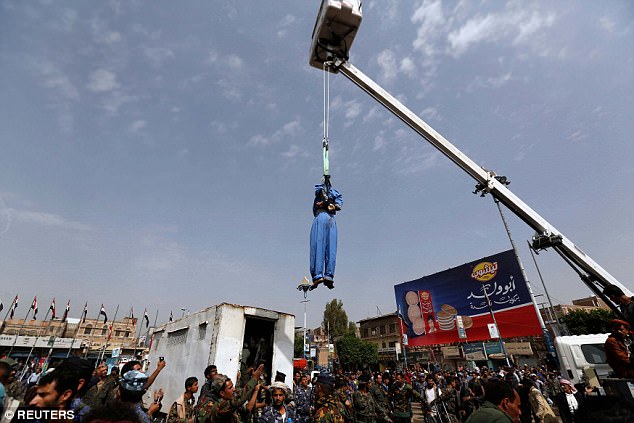 ‘We live in a small village with of some 400 people. We are all farmers who know each others and there are a lot of abandoned houses around.

‘I told my husband to go and search for Safaa which he did with a few members of our family.

‘Around 7am he went into the village mosque and told everyone there that our daughter Safaa had disappeared.’

Ali al-Ayedh, Safaa’s uncle, said al-Saket took part in the search for the girl before being unmasked’ during the police investigation. He had hidden her body in Bani-Matar province in Sanaa, a crime described as uncommon in Yemeni society.

The uncle said: ‘All our people were cooperative, we were all one family, Safaa’s family.

‘This crime was even more shocking because all the men in the village, including the killer and his six brothers, joined us in the search for Safaa.

‘We searched everywhere but when we found a shovel in one of the abandoned houses, the killer and all his brothers suddenly vanished from the search party.

‘We are farmers and all our farming equipment is marked and therefore we could identify that the shovel we found belong to the al-Saket’s family. 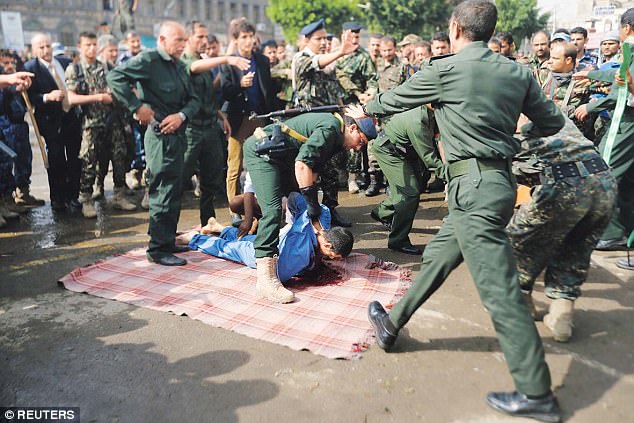 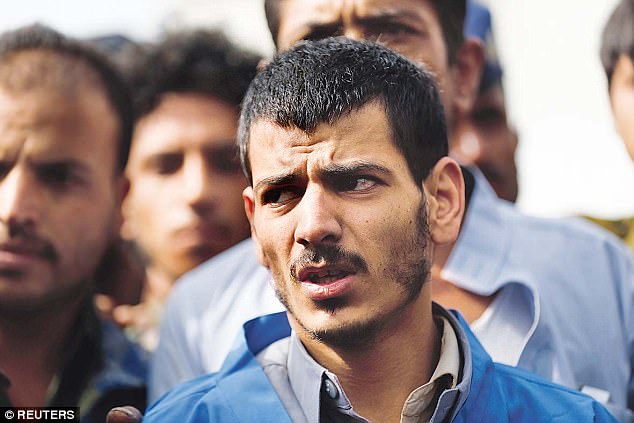 ‘We entered an abandoned house, we found Safaa’s body buried on the third floor.’

The uncle explained that in Yemen many of the houses are made with mud floors and that Safaa had been buried on the third floor.

Later that night, the killer’s cousin handed him to me and I handed him to the nearest police station 10 miles away from our village.’

Al-Saket’s execution is the second such public execution in less than a month, seen as a display of power by the Houthis, the Shiite rebel group that has been in control of the Yemen capital since the 2014 military coup.

Muhammad al Maghrabi, 41, was shot at point blank range with a machine gun being convicted by a Sharia court in Yemen of raping and strangling three-year-old Rana al-Matari.

He said: ‘After we watched our daughter’s killer’ execution we paid the family a visit and offered our condolences.

‘We consider Rana to be our daughter just like Safaa and we consider all the Yemen nation and society to be united in grief and joy that now justice has been done.’

Mother Amal thanked the public for pressing for the execution.

She said: ‘I have three boys only now Mohamad, 14, Mustafa, 11 and my dear Saleh who is one year and eight months old.

‘We are grateful to all those who have stirred our case again, especially that they had done so after the execution of the killer of the other child last month and had they not done so, our case would have stalled.’