A Lebanese pop star has been reprimanded by Egyptian authorities after wearing a pair of shorts on stage.

Haifa Wehbe, 41, says she was ‘called for interrogation’ after donning the olive green mini-shorts during a performance at the American University of Cairo last weekend.

The pop star claims a female journalist watching her performance was so upset she complained to the country’s tourism police. 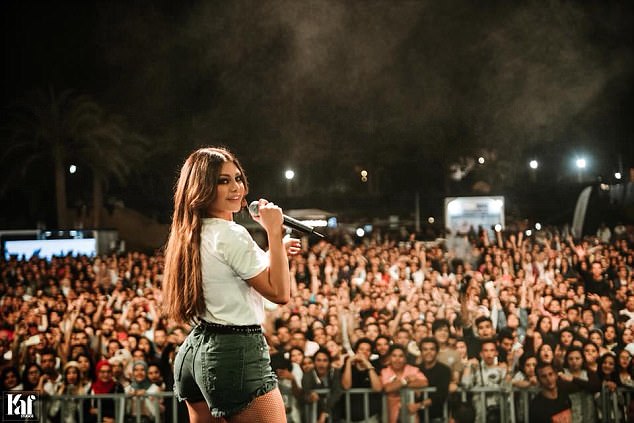 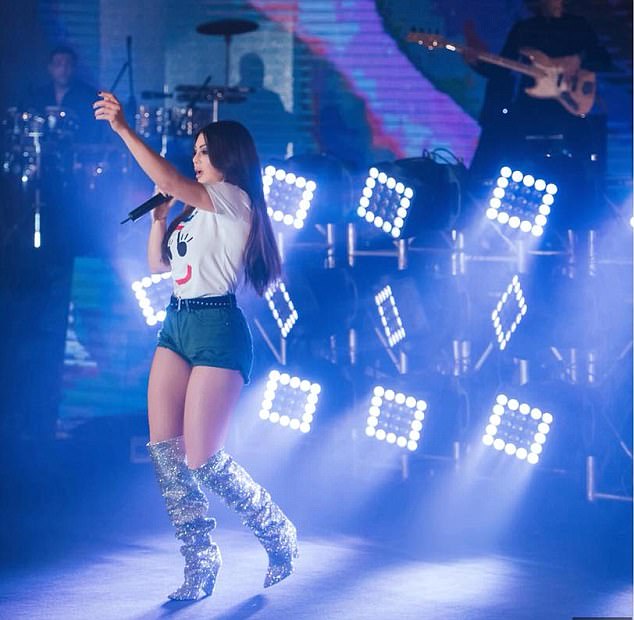 Wehbe claimed authorities had summoned her for questioning and tried to ban her, but a spokesman denied this, saying only that her manager was warned to be more considerate

The police passed the complaint to the Egyptian Musicians’ Syndicate, which licences performers in the country, which summoned Haifa’s manager to complain.

The pop star tweeted: ‘I was shocked to learn that a female journalist has lodged a complaint against me at the Syndicate in objection to the shorts I wore.

‘Has it become intentional [to jeopardize me] after every successful performance in Egypt? Or is this civilized look (my outfit) strange to some people?’She also claimed to have been summoned by the syndicate, though a spokesman for the organisation denied this while speaking to Al Arabiya.

The spokesman said the organisation has taken no step to ban her and will not require her to appear in person.

Haifa’s manager was called to ‘warn’ him that the singer should pick outfits which ‘take into account the traditions and customs of Egyptian people’. 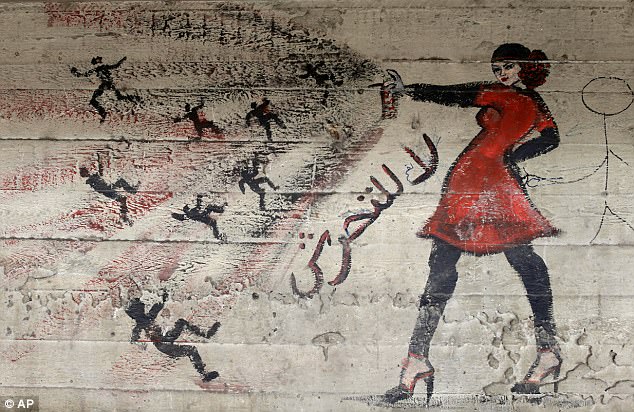 Ripped jeans have been at the centre of recent controversies in Egypt, with many universities banning people from wearing them on campus

Haifa has long been a controversial figure in the Arab world for her choice of ‘provocative’ outfits to wear on stage.

In 2014 she faced a storm of criticism after wearing a sheer black gown to perform on Arab Star Academy, a pan-Arab TV music talent contest.

Large parts of the gown covering her thighs and buttocks turned translucent under the TV lights prompting a slew of complaints – largely from female viewers in Egypt, Jordan and Saudi Arabia.

The complaint against Haifa emerged in the same week an Egyptian prosecutor suggested it was men’s ‘national duty’ to rape women in ripped jeans.

Nabih al-Wahsh said that if a woman wore such trousers she deserved to be sexually assaulted and harassed.

Egypt’s highest women’s rights body has since reported the lawyer, who made the comments during a television appearance, for ‘promoting sexual harassment’.

Ripped jeans have been at the heart of controversy in recent weeks about their propriety, with some university colleges banning students from wearing them on campus.

Egypt is a majority Muslim country of some 95 million that largely adheres to conservative interpretations of Islam.