CAIRO/BEIRUT: Lebanon and Egypt may be two of the Arab world’s most contrasting countries, but there is one unenviable trait they do share — a reputation for bad driving.

Any visitor to either nation will return with tales of terror on the roads, from the horrifying swerving through Beirut’s traffic-jammed streets to the gut-wrenching overtaking on the highways of Cairo.

Arab News set out to try and answer the question of which country has the worst drivers.
Our Lebanese and Egyptian reporters have detailed the daily horrors of getting behind the wheel in their home countries, with an analysis of the death and accident rates, to try and find the answer.

The huge differences between the two countries did not make it easy. Egypt, of course, is far bigger with far more vehicles and a vast road network; Lebanon has fewer cars but a higher rate of vehicle ownership per head of population.

For Lebanon, the figures make grim reading. You are four times more likely to be in a road accident in Lebanon than in Egypt, according to official accident rates for 2016. Deaths in road accidents were also higher with 7.94 per 100,000 people compared to 5.58 in Egypt.

While there may be questions about how the figures from each country are compiled, they do point to a similar set of problems that may be the cause of the shared disregard of driving etiquette in the two countries.

In both cases, safety experts blame the governments for a lack of infrastructure investment or clear policy on how to improve the situation.

In Lebanon, blame for the culture of bad driving is also placed upon the country’s chaotic and difficult history. In Egypt, the economic difficulties and lack of planning are also to blame.

The positive news is that the number of accidents and deaths does appear to be declining.
As the two countries face their own financial and political challenges, improving infrastructure and campaigns to transform driving habits could eventually lead them to shed their reputations for terrible driving. 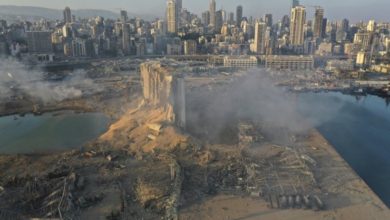 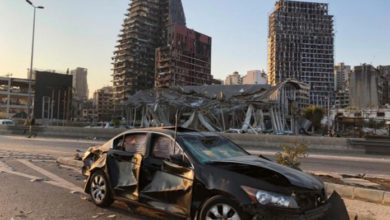 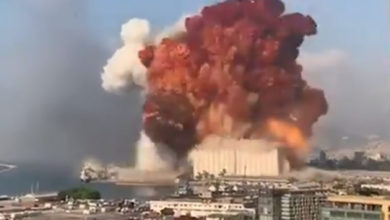