Abdullah F. Al Basman was ambushed in broad daylight by hammer-wielding moped riders while driving through traffic in his £3 million sportscar.

Abdullah was attacked by the two would-be thieves dressed as a Deliveroo rider while driving near Park Lane.

After smashing the window of his black Bugatti Chiron hypercar, it appears that they were unsuccessful in stealing from the millionaire.

The target was believed to be his Platinum Rolex Daytona watch, which is worth over £110K.

Mr Al Basman was staying at the Berkeley Hotel, where witnesses said the muggers followed him from before carrying out the assault.

A witness said: “The moped thieves were at the hotel this morning and staff told them to get off the pavement.

“When Abdullah left in the Bugatti they started following him all the way to Hyde Park Corner. One beeped their horn which I assume was the signal to start attacking.

“I assume they were waiting for a junction they knew would have a long red light so they had time to attack them.”

It is thought the bandits may have targeted the Kuwaiti playboy, who flaunts his supercars and expensive watches on social media.

Footage of the crime shows the thieves brazenly attacking Abdullah’s supercar in the middle of the day while shocked motorists watch on.

Despite hammering the window of his luxury motor, the Kuwaiti millionaire is seen speeding away while the thieves are forced to ride off down a side street.

Other videos surfacing on social media appear to show the same moped riders attacking another pedestrian in Mayfair later in the day.

Met Police confirmed they had been called to Curzon Street in Mayfair just before 5pm on Sunday, August 21.

They said: “A man aged in his 40s reported being assaulted by two men who stole his watch. Officers attended along with the London Ambulance Service and the man was treated for injuries at the scene. He did not require hospital treatment.”

No arrests have been made.

Qatari sheikh sues London art dealer for selling him £4.2m of ancient statues ‘that were fake and even included PLASTIC’

Heathrow terminal is swamped by sea of loose luggage at arrivals

UAE: Emirates to restart flights to London Gatwick in December

Qatari sheikh sues London art dealer for selling him £4.2m of ancient statues ‘that were fake and even included PLASTIC’

Heathrow terminal is swamped by sea of loose luggage at arrivals

UAE: Emirates to restart flights to London Gatwick in December 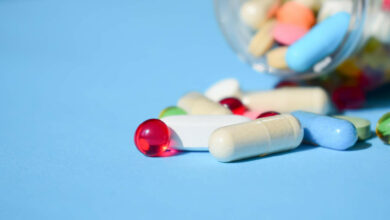