Two camels caused a massive traffic jam in the desert when they decided to mate in the middle of a motorway in UAE.

The pair were caught in the act by a British ex-pat in the country who filmed the grunting female being mounted by her partner just off the the central reservation of Sheikh Mohammed Bin Zayed Road, between Dubai and Ras Al-Khaimah, on Thursday afternoon.

The roadside romp caused massive delays as motorists honked their horns and stopped to take photographs. 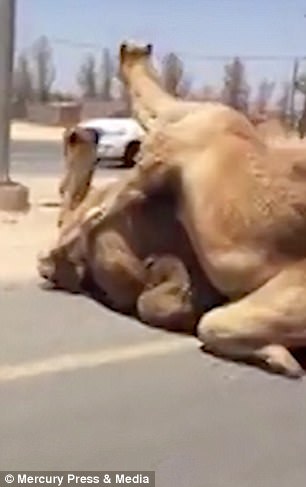 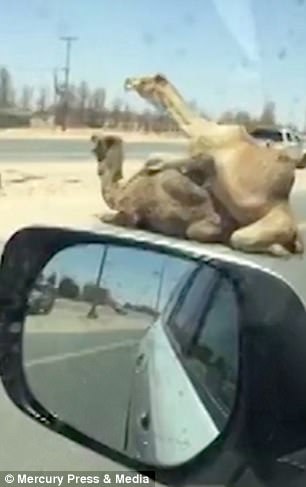 The witness, an estate agent, said: ‘It’s one of the maddest things I’ve ever seen. I’ve lived out here for two years but this is definitely not the norm. ‘We were driving out of Dubai to go to a stag do and we just spotted them at the side of the road absolutely going for it.

‘Obviously in some of the more rural places here you do see wild animals but this was on another level. 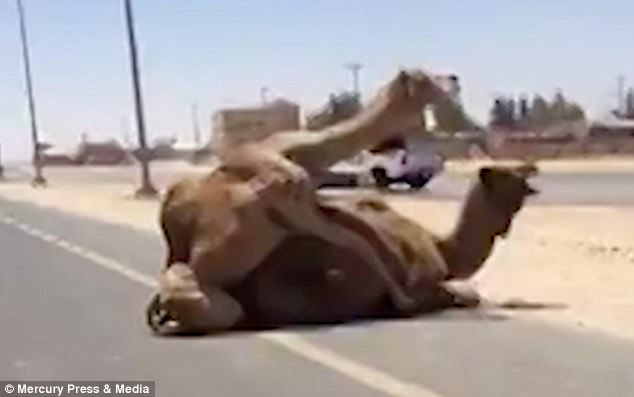 ‘One of the camels had completely mounted the other and it was just hilarious. There were cars pulling over because of it.

‘I’m not sure whether they thought they were in danger or just wanted to watch or move them. It was mental.’

The 30-second clip, filmed around 40 miles from Dubai city centre, shows the male camel straddling his female companion, who is kneeling down on the road. 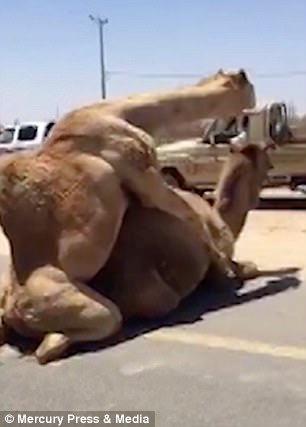 ‘The natural reaction these days is just to film something.

Over 3000 babies infected with COVID-19 in Oman

Bahrain: 700 new volunteers sign up for vaccine trials in 5...

Ensuring that students are ready to learn – Mark WhitField, Britus...