Six months after its liberation, the streets of Iraq’s second city are still littered with corpses, many of its buildings are little more than rubble and families freeze in their homes.

Mosul residents have gone from euphoria at the city’s rescue after three years of jihadist rule to uncertainty over when rebuilding will start in earnest. 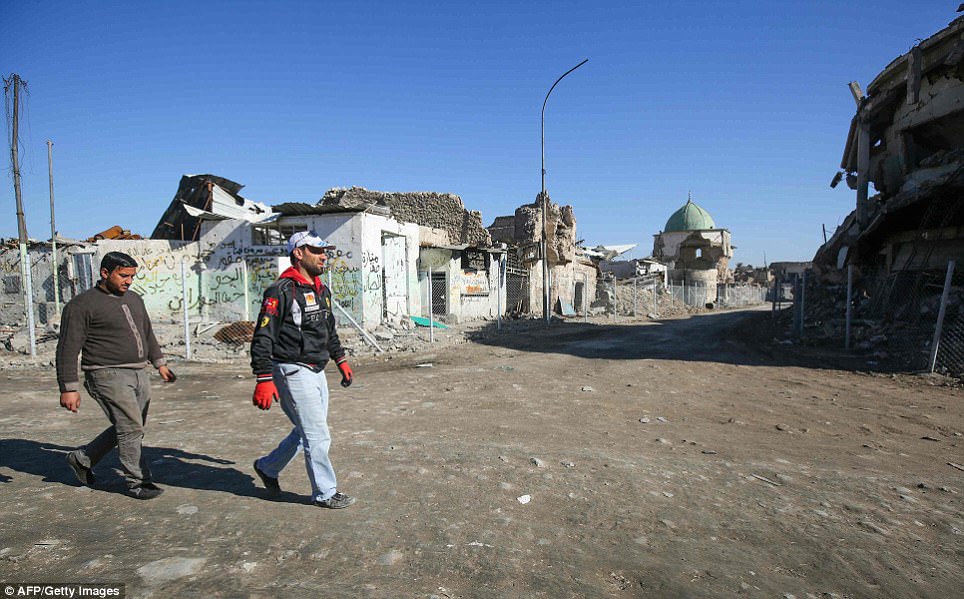 Iraqi forces defeated ISIS in Mosul in July 2017 after months of intense urban battles that reduced the historic Old City to ruins.

Pounded by constant shell fire from the jihadists and air strikes from the international coalition trying to free them, most of Mosul’s residents fled during the battle.

Human remains befoul even the area around the city’s proud and ancient Al-Nuri mosque. 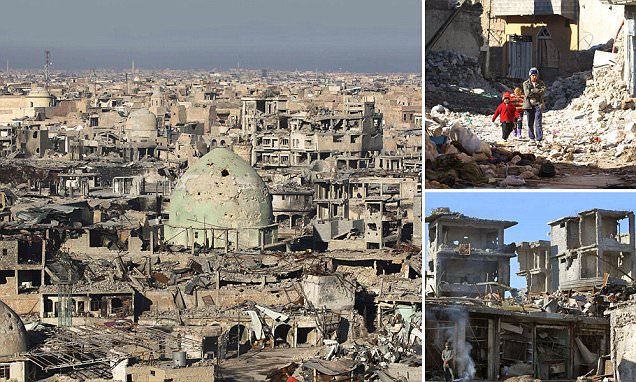 The building, denuded of its iconic minaret and largely reduced to ruins by ISIS, was the site of the only known public appearance by terror leader Abu Bakr al-Baghdadi following the group’s declaration of a caliphate in 2014.

The few souls who venture into the debris-strewn alleyways of Mosul say their future is precarious. Some never made it out.

Asma Mohammed’s father and husband were accidentally killed in an air strike then hurriedly buried, like several of their neighbours, in improvised cemeteries on a vacant strip of land. Mohammed said the strike missed its target, hitting civilians rather than the murderous jihadists occupying the nearby buildings.

Iraqi authorities ‘say they need to investigate before issuing death certificates’, she said, sitting in her modest Old City house, itself damaged during the violence.

She is one of many Mosul residents who count family members among those accidentally killed in air strikes. The United States-led coalition against ISIS in Syria and Iraq has admitted to mistakenly killing 817 civilians over three years of battling the tyrannical terrorist group.

But according to sources in Mosul, some 2,000 civilians were killed in fighting in the city alone. Since her parents died, Asma and her two children have survived day-to-day on donations from friends and neighbours.

When she thinks of the future, she begins to cry. Only one other family has returned to this part of the Old City – that of Ansam Anwar, 30, who headed back just days ago with her husband and their five children. 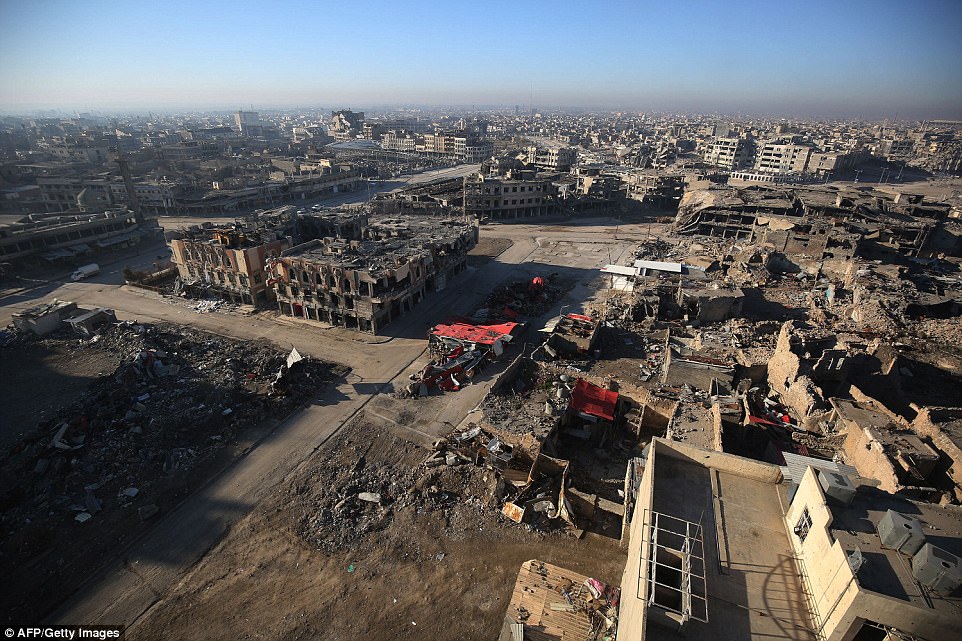 In small whitewashed rooms around the inner courtyard of their house, the cold is biting. The utilities have been cut off and electricity metres torn from the walls. Ansam’s husband, a labourer, has yet to find work in the largely deserted Old City.

‘There is still no water or electricity, my children are still deprived of school. Even the smell of rotting bodies continues to suffocate us,’ Ansam said as she moves away dust and debris covering the ground.

The alley outside is partially blocked by wooden furniture.

Further down the street, Abu Qutayba al-Attar, 59, walks through the once crowded alleys of the historic market, a traditional keffiyeh scarf around his head and a long robe reaching his feet. His father’s shop, where he spent his days ‘from the age of six onwards’, was destroyed in the carnage.

After the fighting reached his neighborhood a year ago, he said he remained ‘shut up at home in a state of depression’.

But now he has started working to rebuild the shop at his own expense. Now that ‘security has returned’, the economy must follow, he insisted.

Sitting at a historic trading crossroads close to Syria and Turkey, Mosul has long thumbed its nose at authorities in Baghdad.

But traders say working with the authorities is essential to ensure ISIS does not return.

‘Now, we must cooperate with the security forces that have liberated us and inform on anyone who seems suspicious, rather than remain passive,’ one said.

After their invasion of Iraq in 2003, American forces took huge losses in Mosul and the surrounding region, from which many of former dictator Saddam Hussein’s army officers originated.

Even before ISIS launched its lightning takeover of a third of Iraq’s territory and large parts of Syria in 2014, extremist groups had taken control in some areas, placing them off limits to Iraqi forces.

The authorities at the time blamed Al-Qaeda ‘sleeper cells’ – a phrase many use today to refer to the remnants of ISIS.

‘For the time being, the residents are cooperating completely and informing us when they see strangers in their neighbourhoods,’ said a police officer, who asked to remain anonymous.

‘We hope that will continue – if not, everything could change and a new ISIS could emerge.’

Mozhar Abdel Qader, a 48-year-old trader, cautioned against celebrating too quickly. The conditions that allowed IS to recruit en masse in Mosul still exist, he said.

‘There is unemployment, injustice. People don’t have enough to eat. So when you give them $100 (£70) to plant a bomb, they do it,’ the father of five said.

He said he regularly returns to examine his house in the Old City, riddled with bullets and shells.

He stood in the rubble of the Al-Nuri mosque, now a cemetery of burnt cars.

‘If we feed everyone and find work for young people, you can be sure that everyone would protect the country even better than the security forces,’ he said.

Multiple Rockets Strike Near US Embassy In Iraq