- Advertisement -
Samsung’s new device will be the company’s first response since the launch of the iPhone X in November. The Korean firm has already teased a focus on redesigning the camera on its flagship phone.

The company’s Unpacked event, where the phone is set to be revealed, has the tagline ‘The Camera. Reimagined.’ 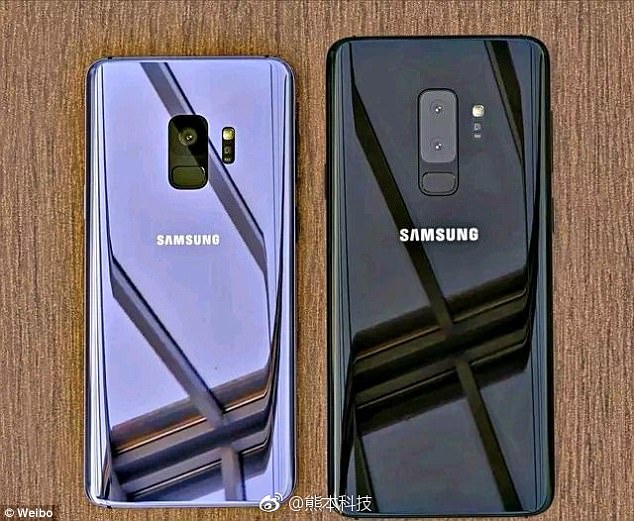 The ‘iPhone X killers’ will make their debut at the  Mobile World Congress. Pictured are leaked images claiming to show what the back of the phones could look like

‘With the launch of Samsung’s latest flagship devices, it would seem incremental advances, not out-and-out innovation, could be the name of the game,’ he said.

‘The teased dual cameras on the plus will no doubt please budding snappers, but for many the best change would be the decision to ‘stack’ the fingerprint ID below the cameras – and kill the scourge of sticky lenses once and for all.

‘While the camera itself is unlikely to improve massively to the casual observer, the expected inclusion of super slo-mo mode for videos would see Samsung going toe-to-toe with Sony,’ he added.

Mr Bhikha said the rising price of flagship smartphones from the likes of Samsung and Apple – whose iPhone X starts at $999 – could leave the door open for lesser known manufacturers to gain market share. 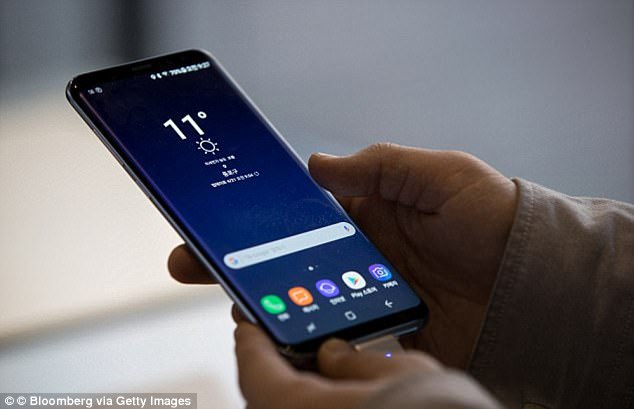 The Galaxy S9 is expected to feature dual cameras, a fingerprint ID and other changes that will excite customers. Pictured is the Galaxy S8, which launched in April 2017