The government of Philippines has announced that it’s fully prepared for a possible evacuation of its citizens from Bahrain in the event of worsening security situation in the Middle East.

“Given the recent developments, Filipinos in the Kingdom of Bahrain are assured that the Philippine Government is prepared to repatriate any Filipino who may be affected or displaced by the ongoing developments in the region,” Philippines government said in an advisory to the Filipino community here.

To request repatriation or any other form of assistance, Philippines citizens may contact the Philippine Embassy in Manama, Kingdom of Bahrain through telephone no: 1772-1234 or 24/7 Hotline 3995-3235. Citizens can also contact through email: manama.pe@dfa.gov.ph, Facebook Page Philippines in Bahrain (@ PHLinBahrain) or Instagram phlinbahrain, the embassy stated. The embassy has also called on Filipinos here to “remain vigilant, exercise caution, and maintain situational awareness at all times.”

Philippine President Rodrigo Duterte earlier this week ordered the Armed Forces of the Philippines (AFP) to prepare for a possible evacuation of 7,600 Filipinos in Iran and Iraq in light of the recent developments.

“The sole agenda was how to ensure the safety of our countrymen in the Middle East especially those in Iraq and Iran as the tension between the US and Iran rises,” Arsenio Andolong, spokesperson of the Department of National Defence said.

Ukraine Flight Shot Down by Missile? 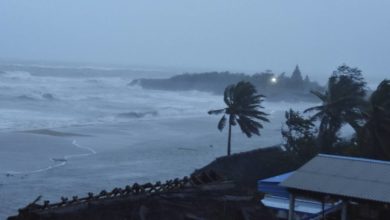