* 47 per cent recline only if they’re going to sleep

* 20 per cent recline after meal service has taken place

Unsurprisingly, seat allocation plays an important role for travellers, with 98 per cent opting for either the aisle or window seat.

For those unlucky enough to be in the dreaded middle seat, there were four options suggested for getting past sleeping passengers to go to the bathroom mid-flight.

Seat reclining was also a divisive issue, with 40 per cent agreeing that seats should only ever be reclined in flights that are more than three hours long.

Interestingly, 20 per cent of people believe it’s rude to recline the seat at all.

When it came to the behaviour of passengers, seven different kinds of traveller were named as the most annoying and blood boiling in the skies.

The number one? The ‘inattentive parent’.

Forty-five per cent of those surveyed agreed that parents who paid no attention to their child whether they were crying, whinging or misbehaving were the most annoying passengers on a plane.

Following closely behind at 44 per cent was the ‘aromatic passenger’ – the traveller who has poor hygiene or is wearing too much perfume or cologne.

35 per cent of people can’t stand the ‘personal space violator’ – especially the kind that falls asleep on or near them during the flight while the ‘audio insensitive’ passenger drives 22 per cent of travellers crazy with their loud conversations.

The final passenger who disrupts the peace on board is the ‘baggage mishandler’ with 13 per cent of those surveyed in the poll expressing frustration at those who hog all the overhead locker space or hits passengers with their luggage while maneuvering through the craft.

Expedia travel expert, Lisa Perkovic, travelled overseas 11 times in 2017 and urgers travellers to be aware of their actions – especially on long haul flights. 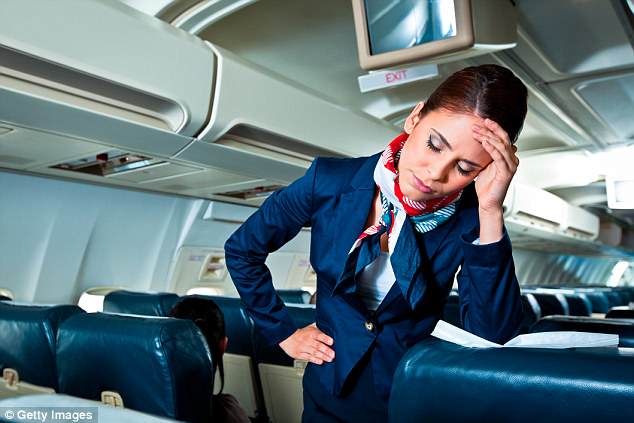 What are some other pet peeves of passengers on board a plane?

* People who don’t use headphones. The foot thing is also super disgusting – I’ve seen people walk barefoot into the bathrooms and then put their horrifyingly dirty feet up. Just no.

* I don’t mind kids being restless. It’s when they incessantly and rhythmically kick the back of my chair really hard that gets me. That’s usually the parent’s fault when they don’t discipline them. But it’s still annoying as hell.

* Armrest hogs. Somebody gets the top, somebody the bottom.

* Loud conversations and talking in general.

* People who don’t put the arm rest down

Kuwait: Students could return to school by second semester

How important is cloud-based storage for educational institutions?

Is the future of learning and education digital?