Other accommodation options in Doha are running out fast, however.

Many fans are choosing to stay elsewhere in the region and fly in for games, although more new hotels are due to open next month only weeks before the start of the tournament.

The 1,000-square-metre property in La Place Villas Centrale on the Pearl peninsula has a swimming pool, garden and terrace ― as well as six twin beds, four bunk beds and five queen beds.

It may be one of the more expensive villas left available to rent, but options are running out with fewer than 70 days left until the opening match between Qatar and Ecuador on Sunday, November 20.

Few hotels have rooms available, with many national teams taking over entire properties for the tournament’s duration.

The global event is expected to attract more than a million football fans to Qatar, but in March the country had only 30,000 hotel rooms.

On the official accommodation agency’s booking portal, there are still tents and cabins available in ‘fan villages’, such as in Zafaran outside Lusail, where per night prices start from $207. Only the first weekend is currently sold out, with other dates still available.

At the Al Khor fan village, which is 40 kilometres north of Doha, rooms start at $420 per night. It features a traditional camp fire surrounded by large broadcast screens.

Several new hotels have been added recently and have begun taking bookings ― with more due to open before November 20.

The Hyatt Regency Oryx in Doha is one hotel with vacancies and is next to the airport.

For a four-night stay from Monday, November 21, a double room with king bed will hit the wallet hard at Dh47,202 for two people.

The Hyatt group is also opening the Andaz Doha in time for the tournament. The 319-room hotel in West Bay is close to embassies, consulates and key government institutions. Bookings are not yet being taken.

It will have four modern food and beverage outlets and adds to the Park Hyatt Doha and Grand Hyatt Doha Hotels and Villas — both of which are already fully booked for the tournament.

The four-star Terminal Inn By Edar City Centre, meanwhile, is still offering a small selection of rooms for Dh30,000 for four nights for two people from November 21. It is a 4km walk to the Corniche.

Other availability on hotel booking websites can be found in private accommodation rented out during the World Cup.

A nine-bedroom villa in Ar-Rayyan is on the rental market for Dh161,000 for four nights. A four-night stay in the two-bedroom floating Royal Residence houseboat in West Bay can still be booked for Dh55,000.

At the Wyndham Grand Doha West Bay Beach, a soft opening is under way.

The hotel has 278 spacious rooms, suites, and apartments. It is a short drive from Hamad International Airport and only minutes from Doha Corniche.

In The Pearl-Qatar lies the St Regis Marsa Arabia Island, which is due to open on October 1.

The hotel has architecture inspired by Andalusian heritage and Arabesque design and houses Turkish, Italian and Japanese-Peruvian fusion restaurants.

The Rixos Gulf Hotel Doha is also set to open in October and will provide a private beachfront location for guests.

To ease the pressure on hotels, Qatar is building temporary accommodation on Doha’s outskirts. Cruise ships anchored off the coast will also offer accommodation for football fans. 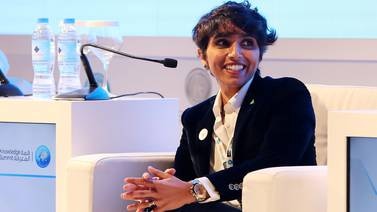 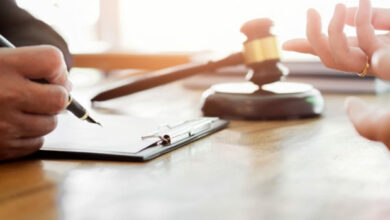