- Advertisement -
A statement issued by Bahraini state media said the nation “has every right to claim what was cut off forcibly from its land and to dispute the legitimacy of the Qatari rule”.
The Bahraini Government also accused its neighbour of “usurping” the nation’s “legitimate rights” and “undermining its security” by supporting terrorists.
It says its claims are supported by “irrefutable evidence” and “undeniable proof”.

The accusations come as tensions are running high in the Gulf after several countries, including Bahrain, the United Arab Emirates and Saudi Arabia severed diplomatic ties with Qatar and imposed land, sea and air blockades.

And the crisis has escalated in recent weeks after Bahrain stepped up its threats against Qatar.

Bahrain recently vowed it would boycott a summit of Gulf leaders if Qatar attended, and last week it imposed visa requirements on its neighbour – a move Qatar branded as “unprecedented”.

The disputed territory at the centre of the crisis is the Hawar Islands, just off the Qatari coast, and the town of Zubara, on the northern coast of the island of Qatar.

Bahrain and Qatar have been embroiled in a bitter argument over their sovereignty for nearly a century.

Despite decades of Saudi mediation, and a narrowly-avoided armed conflict, Qatar escalated the dispute to the International Court of Justice (ICJ) in 1991.

The case was settled in 2001 and the ICJ ruled the Hawar Islands belonged to Bahrain while Zubara was awarded to Qatar.

But despite the ICJ ruling, Bahrain’s latest statement said the nation had “agreed to postpone the claim of its rights, accepted the losses and gave up what it is rightfully hers in order to ensure the unity of the Gulf.”

Qatar Sheikh: Blockade was a shock to us 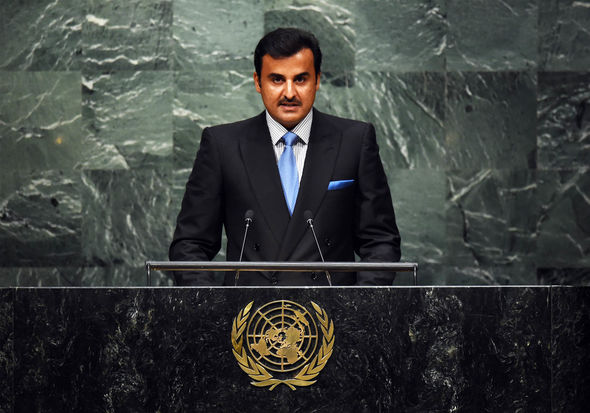 However, the statement does not specify if Bahrain intends to take any action.

Meanwhile, Bahrain’s foreign ministry has ordered its citizens to leave Lebanon amid mounting tensions between the regional government and Iran.

The Lebanese government is close to collapse after prime minister Saad al-Hariri resigned on Saturday and fled to Saudi Arabia.

Mr Hariri also claims Iranian agents attempted to assassinate him as he escaped the country.

Iran’s foreign ministry denied any involvement and said his resignation was a “plot jointly designed by Saudi Arabia and Israel”.