A Qatari royal has described the terrifying moment his falcon hunting group was kidnapped by militants – sparking a complex ransom deal that reshaped Middle East relations.

The 37-year-old, part of Qatar’s ruling Al Thani family, was in a 26-strong party held hostage while hunting in southern Iraq in December 2015.

It sparked panic in Doha and set in motion a wide-reaching deal with the hostages becoming pawns in tense geopolitical negotiations across the region. It is thought as much as $1billion may have been paid to eventually secure their release.

The Qatari royal has revealed how he was woken at 3am in his tent by a frightened servant who said soldiers in machine gun-mounted trucks had surrounded their hunting camp.

A short time later a masked militant with an AK-47 had entered his tent and a man started reading out names of family members. 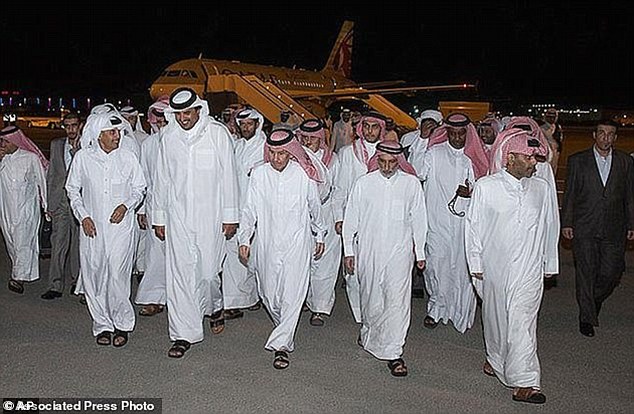 The Qatari, who the New York Times called Abu Mohammed to protect his identity, said he saw relatives lying face down and handcuffed with guns at their backs.

He told the newspaper, which has printed a lengthy investigation into the episode, that he was certain the kidnappers were ISIS fanatics who would kill them.

It was later claimed the militants were from Kata’ib Hezbollah, a Shiite faction formed in Iraq more than a decade ago.

The group officially denies it was behind the kidnapping and no other group has publicly claimed responsibility for the abduction.

They were bundled into trucks and transferred to an unknown location. From the sound of aircraft, they guessed they were near Tallil air base in southern Iraq.

From there, they were taken to a house and locked in basement cells.

Although Abu Mohammed attempted to bribe the captors with cash amounting to $33,000 – and several hundred thousand more when combined with other members of the party – the gang’s leader is said to have told him: ‘You think we want your money?’, the New York Times reports.

In April 2017, it emerged that Qatar had secured the release of the 26 hostages after nearly a year and a half in captivity, including members of its ruling family, in what became possibly the region’s most complex and sensitive hostage negotiation deal in recent years.

Several people with knowledge of the talks and a person involved in the negotiations said the hostage deal was linked to one of the largest population transfers in Syria’s civil war, and was delayed for several days due to an explosion that killed at least 130 people, most of them children and government supporters, waiting to be transferred.

The transfer of thousands of Syrian civilians was also tied to another deal involving 750 political prisoners to be released by the Syrian government. 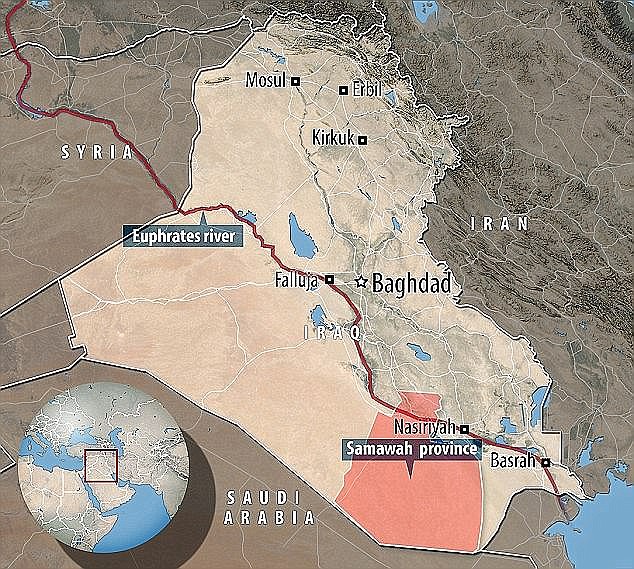 The 37-year-old, part of Qatar’s ruling Al Thani family, was in a 26-strong party held hostage while hunting in southern Iraq in December 2015

The complexity of the talks highlighted Qatar’s role as an experienced and shrewd facilitator in hostage negotiations – this time involving members of the Gulf Arab state’s ruling family.

It also raised allegations, that remain unproven, that the tiny energy rich nation paid millions of dollars to an al-Qaeda-linked group to facilitate the population transfer in Syria that led to the hostages’ release in Iraq.

The incident was sparked when the group was kidnapped December 16, 2015 from a desert camp for falcon hunters in southern Iraq.

They had legally entered Iraq to hunt inside Muthanna province, some 230 miles southeast of the Iraqi capital, Baghdad. Shiite militias are active in that area and work closely with the neighboring Shiite power Iran.

A person involved in the negotiations told Associated Press Qatar paid tens of millions of dollars to Shiite groups, and to the al-Qaeda-linked Levant Liberation Committee and Ahrar al-Sham, involved in population transfers in Syria.

Both groups were part of an armed opposition alliance that swept through Syria’s Idlib province, seizing it from government control in 2015 and laying siege to two pro-government villages.

Speaking on condition of anonymity due to the sensitivity of the situation, he said Qatari officials were given assurances about the well-being of the hostages during negotiations.

Two Iraqi officials- a government and a security official – also confirmed details of the release to the AP.

The abduction of the Qatari group drew Iran, Qatar and the Lebanese Shiite militant group Hezbollah into negotiations, resulting in millions of dollars in payments to Sunni and Shiite factions, according to Iraqi officials and a person involved in the negotiations. They say the talks took place in Beirut.

The negotiator said the evacuation and transfer of thousands of Syrians from four besieged areas was central to the release of the Qataris. 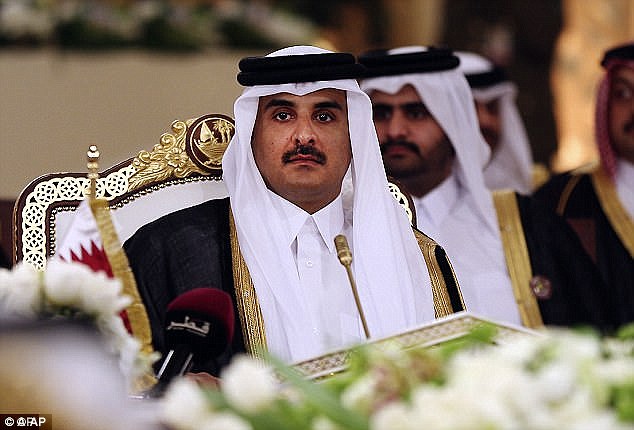 The two pro-government villages, Foua and Kfarya, had been besieged by rebel fighters and under a steady barrage of rockets and mortars for years. The two opposition-held towns, Zabadani and Madaya, were under government siege for joining the 2011 uprising against Syrian President Bashar Assad.

The opposition-run Britain-based Syrian Observatory for Human Rights, which monitors the Syrian conflict through a network of on-the-ground activists, says the transfer included 800 armed men from both sides. Rami Abdurrahman, who heads the group, told the AP that the population swap in Syria was directly tied to the issue of the kidnapped Qataris.

Abdurrahman, citing information from negotiators he’d spoken with, said the Qataris first proposed bringing the fate of the hunting group into the talks about the besieged four areas in Syria.

The population exchange was criticized by rights groups, which said it rewarded siege tactics and amounted to forcible displacement along sectarian lines.

The hunting group eventually departed on a private Qatari jet from Baghdad.

Their release was a priority of Qatar’s foreign policy for more than a year, said David Weinberg, a senior fellow at the Foundation for Defense of Democracies.

The AP reported at the time that a Qatari ruling family member paid $2 million, in an effort involving hackers, to secure the release of the hostages.

Qatar says it does not support extremist groups in Syria or elsewhere, despite aggressive efforts to back Sunni rebel groups fighting to oust the Syrian government, which is backed by Iran and Russia.