Over a million women had performed Umrah and offered prayers in the Grand Mosque in total since the gradual resumption of rituals began on October 4.

The third phase, which started on November 1, permitted pilgrims from abroad to perform the ritual alongside residents of the kingdom.

Saudi Arabia suspended Umrah in March and significantly downsized the Haj pilgrimage in July by only allowing about 10,000 pilgrims, all in response to the COVID-19 pandemic.

All visas from abroad that have been filed through accredited agents and the offices of certified Umrah companies have been accepted, provided they fulfilled the necessary requirements.

Some 210,000 pilgrims performed Umrah rituals during the second phase, which lasted for 14 days, at a 15,000-pilgrims capacity per day.

The total number of women who performed Umrah in the second and third phases reached 326,603, while those who offered prayers in the Grand Mosque were 669,818 women. 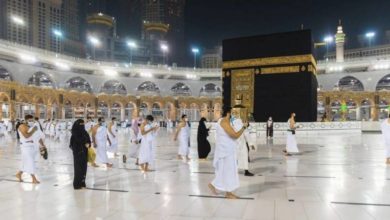 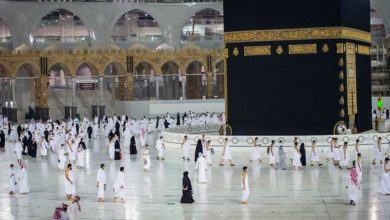