According to Saudi Arabia’s Control and Anti-Corruption Authority (Nazaha), an investigation into those accused of corruption found that a total of SR379 million was involved in administrative and financial irregularities.

The investigation involved the interrogation of 674 people, out of whom corruption charges were leveled against 298 individuals. Their cases will be referred to the special court. The accused were charged with various financial and administrative corruption crimes represented in bribery, embezzlement, waste of public money, exploitation of position, and misuse of public office, the commission said in a statement.

Investigations found that 16 persons, including eight military officers — one of whom is a major general and others who are retired military officers — were charged with misusing government contracts at the Ministry of Defense and their involvement in bribery and money-laundering crimes between 2005 and 2015.

Those booked for abuse of power, accepting bribe and other charges include two judges, two majors general, one brigadier general and three colonels.
The following are the major cases of corruption as per the investigations:

— Sixteen persons, including eight military officers – one of whom is a major general and others are retired military officers – were charged with misusing government contracts at the defense ministry and their involvement in bribery and money laundering crimes between 2005 and 2015.

Twenty-one people, including two women and three expatriates, are involved in financial and administrative corruption crimes by misusing contracts at the General Directorate of Health Affairs in the Eastern Province

Nazaha appreciated the positive role of ministers through their continuous cooperation in eradicating various forms of corruption. It also underscored the ability of the judiciary to combat corruption while maintaining fair trial standards in a manner that achieves the elimination of this scourge. 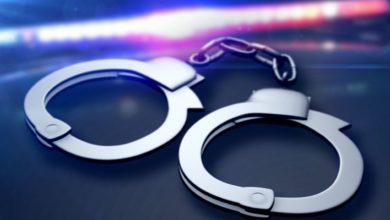