Saudi Arabia is set to host in March its first ever Arab Fashion Week, overturning decades of draconian policies on arts and entertainment.

Crown Prince Mohammed bin Salman, the powerful heir to the Saudi throne, has been leading a drive to reform the country’s dependence on oil, including expanding the private sector and empowering women.

The Dubai-based Arab Fashion Council announced on Monday that fashion week would be held in Riyadh from March 26 to March 31, with a second edition already scheduled for October.

In December, the Arab Fashion Council announced the opening of a regional office in Riyadh and named Saudi Princess Noura Bint Faisal Al-Saud as its honorary president.

‘The first Arab Fashion Week in Riyadh will be more than a world-class event, it is a catalyst through which we believe the fashion sector will lead other economic sectors such as tourism, hospitality, travel, and trade,’ Princess Noura said in a statement on the council’s website.

The line-up for the Riyadh event has not been revealed yet and it remains unclear whether it will limited to modest designs in accordance with the strict dress code observed in Saudi Arabia.

The Gulf kingdom, which has some of the world’s tightest restrictions on women, requires them to wear, by law, a loose-fitting abaya robe to shroud their bodies in public. 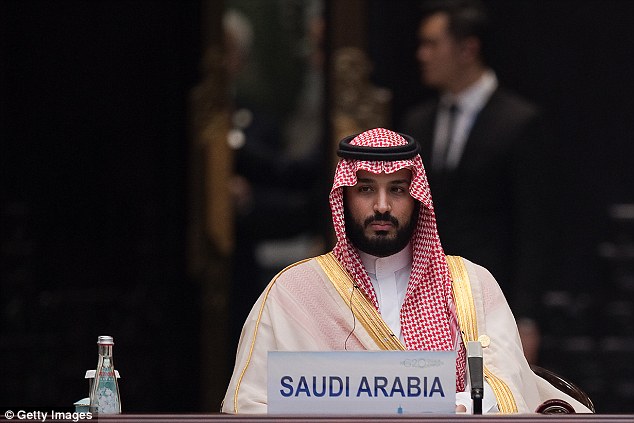 Crown Prince Mohammed bin Salman, the powerful heir to the Saudi throne, has included empowering women as one of his key tactics to reduce the countries’ reliance on oil

Earlier this month, a senior Saudi cleric said Saudi women should not be ‘forced to wear abayas’.

The comment was made by Sheikh Abdullah al-Mutlak, a member of the Council of Scholars — the kingdom’s highest religious body.

The government has not said whether it will change the law.

But Prince Mohammed has introduced over the past months a series of reforms in favour of women.

In January, Saudi women were allowed for the first time ever to enter a football stadium to watch a game and the kingdom is also opening several sectors of the workplace to women.

Saudi Arabia has also announced an end to a longstanding ban on women driving, which is to take effect in June.

In the past, Arab Fashion Week have been hosted so far exclusively by Gulf fashion capital Dubai and have included runway darlings Marchesa and Tony Ward.

Dubai will continue to host its own parallel Arab Fashion Week, with the sixth edition slotted for May 9 to May 12. 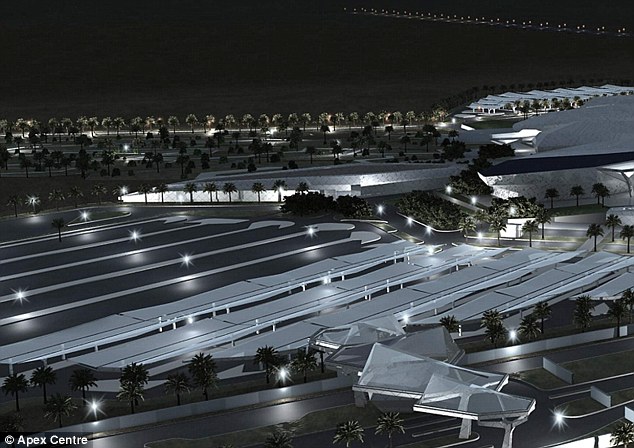 The Arab Fashion Council announced on Monday that fashion week would be held in Riyadh, Saudi Arabia from March 26 to March 31 at the Apex Centre (pictured)