Saudi Arabia has allowed a female singer to perform solo at a public concert for the first time in the country’s history.

Lebanese singer Hiba Tawaji took to the stage this week at the King Fahd Cultural Centre in the capital Riyadh. Thousands attended the historic, all-women event and danced to renditions of Celine Dion, as well as Arab classics.

Welcoming the singer onto the stage, the announcer called the event a “proud moment” for the country.

“All women should express their appreciation for a fact that a woman for the first time is performing at a concert in Saudi Arabia,” they said, according to NBC. Ms Tawaji reiterated the sentiment between songs, saying: “This is my first time in Saudi Arabia and I received a warm welcome and I am honoured to be one of the first women to sing in the theatres of Saudi Arabia.” Concerts have long been a hidden affair in Saudi Arabia, with no public performances allowed to take place in the ultra-conservative state. 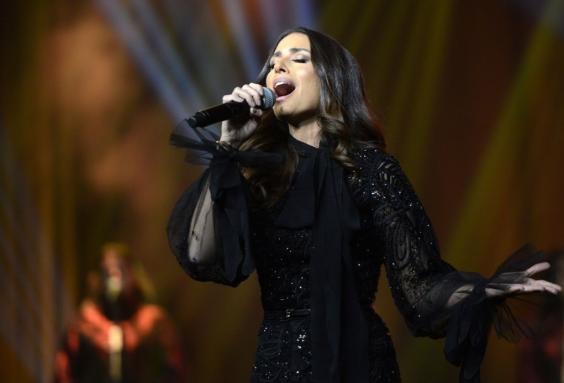 Recently, however, the Saudi government has allowed musicians to perform live, as a result of reforms launched by Crown Prince Mohammed bin Salman. The country is turning to tourism and entertainment in an attempt to diversify its economy to end its dependence on oil exports.

The reforms have included an apparent anti-corruption drive involving the arrest of some 200 royals, ministers and business tycoons.

International observers see the moves as consolidating Prince Mohammed’s grip on power and point to the fact that human rights abuses, not to mention the state’s bloody intervention in the war in Yemen, continue unabated.

READ  Women above 25 to be allowed Saudi tourist visas; no ‘chaperon’ required

But at home, the pledges to reforms the Kingdom’s unwieldy bureaucratic systems and return to “moderate” Islam, in Prince Mohammed’s words, have been mostly welcomed.

Last month, it was announced US hip hop star Nelly will perform to an all-male audience in Jeddah on 14 December, which received a mixed reaction.

Although Ms Tawaji is the first solo female performer to headline a stage in the country, Greek violinist Yianni performed a mixed-gender show this month.

Women above 25 to be allowed Saudi tourist visas; no ‘chaperon’ required

Saudi stadiums to open doors to women on Friday

How can I help you? More women join Saudi tourism and hospitality industry

Flu shot for Kuwaitis only, says Ministry of Health